Coolstar, the developer behind the iOSEinstien Newton Emulator for the iPhone, has released a web browser called Procyon (formerly Coolstar Browser) that claims to have all the best features of Mobile Safari, Chrome, and the best browser tweaks combined. Some of the best features include a Google Chrome-like Omnibar, a download manager, Safari’s full Nitro javascript engine, built-in themes, and user agent spoofing. Procyon has the potential to be iOS’ Firefox (we’re talking pre-Chrome Firefox), but certain aspects of the browser require more polish. 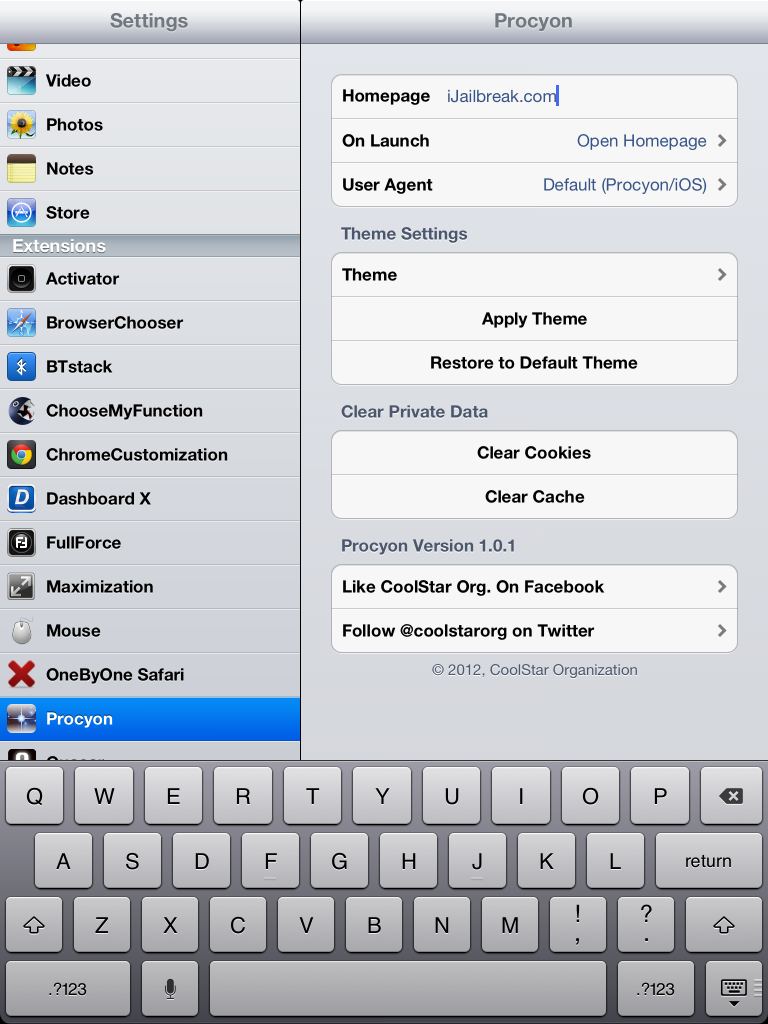 One of Procyon’s biggest features is built-in support for themes and user agent spoofing.

My biggest sticking point is that the interface isn’t as slick as Chrome’s. It seems petty to say, but it’s hard to go back to scrolling between browser windows on my iPad after I’ve used the tabs in Chrome. It’s also buggy. The omnibar occasionally glitches out in a way which locks me into the website it launches in. This glith can be bypassed by pressing the lock button, but it’s annoying. Procyon’s also missing a Private mode, which is an odd omission as it’s available in Mobile Safari.

The download manager included in Procyon isn’t currently as intuitive as Safari Download Enabler, but could be improved with minor adjustments. When a download is complete it disappears off the download page and doesn’t link to the file’s destination. If there was a link to the file, it would make the download manager much more convenient to use. The files all download to “/private/var/mobile/Documents”. It does however have a clever feature that requests permission before downloading a file, so it doesn’t automatically download junk when a site tells it to.

Speaking of video, the user agent spoofing feature would be useful for playing blocked content on the iPad, but it doesn’t seem to work. YouTube wasn’t fooled into thinking I was using Internet Explorer on Windows 7, so I was not able to watch this amazing video on my iPad. (Honestly.) It didn’t seem to work regardless of my settings. 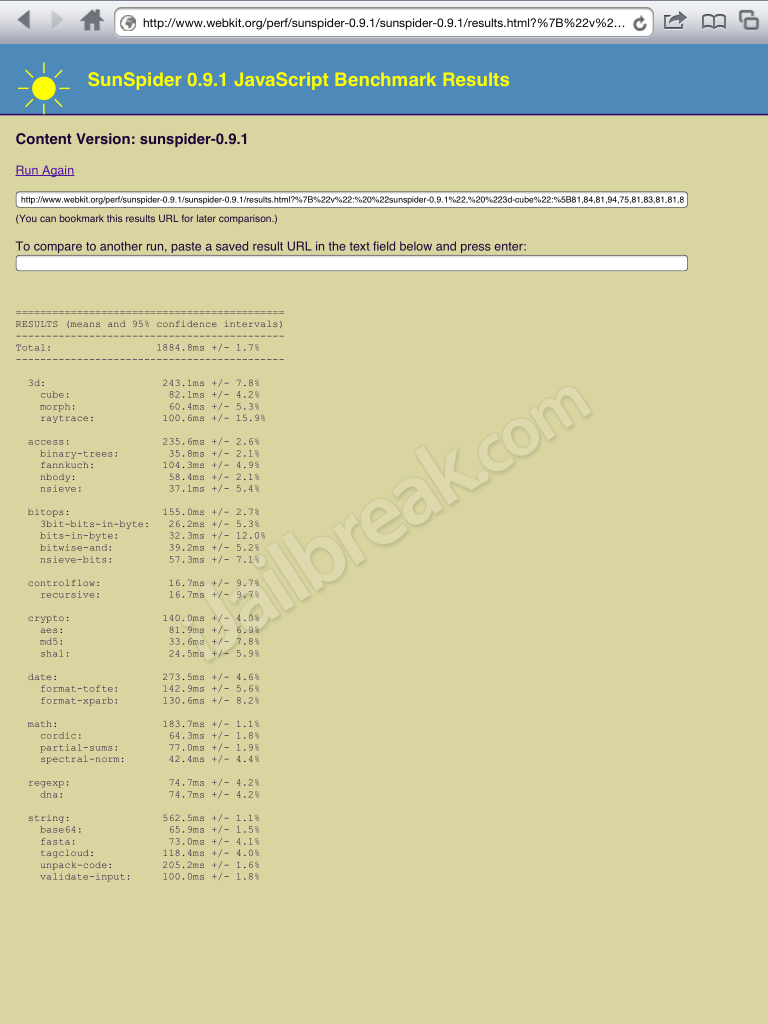 All that said, at its core Proceon is a fast browser, especially when dealing with Javascript. I tested Procyon out with SunSpider 0.9.1 on my iPad 3. The score was 1884.8ms which left the Nitro-less version of Chrome trailing in the dust at 8003.0ms. There are some security concerns in allowing a non-safari browser to use Nitro (which runs javascript code as if its native), but the chance of a targeted attack against the browser is currently very low.

With some bug fixes, interface tweaks, and user agent spoofing implemented correctly, Procyon could be a one-stop utility browser for iOS. It combines so many features that otherwise require individual tweaks into one app, but it’s hard to recommend in its current state because there are already so many top-quality tweaks that offer the same features for Mobile Safari. 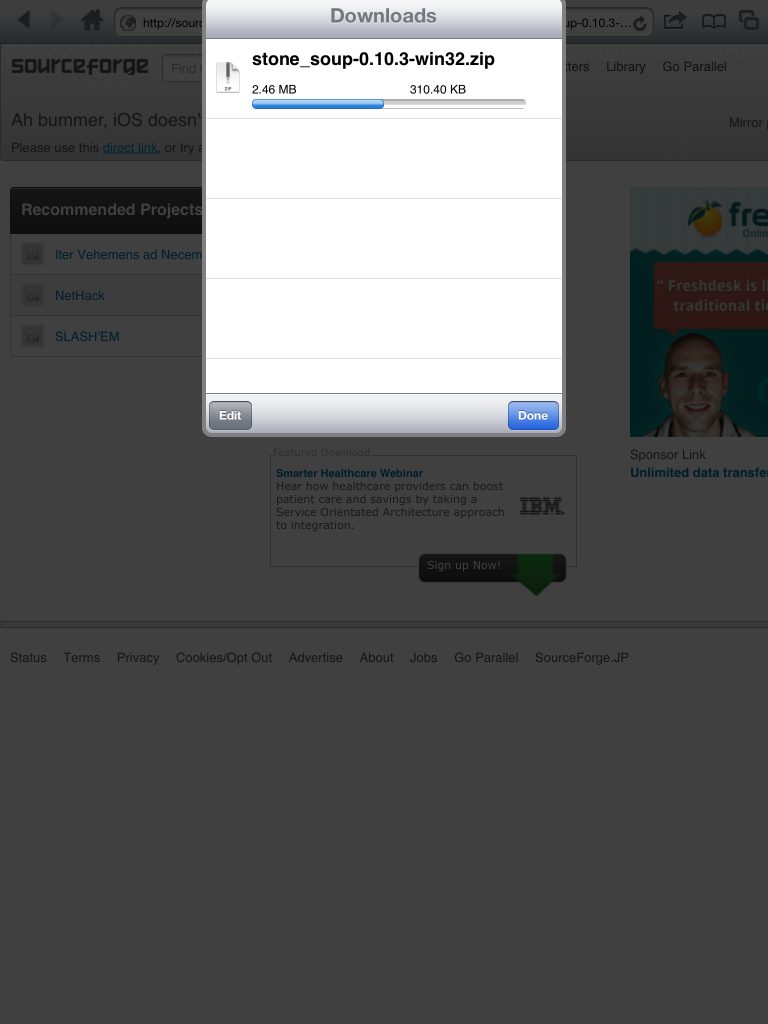 If you want to keep an eye on Procyon, as these projects tend to improve with age, you can find the app available for free in the BigBoss repository. Procyon is compatible with both the iPhone and iPad.

What’s your iOS browser of choice? Share your thoughts in the comments section below.