The slider on your iOS device isn’t like the one on Android, it has only one function, to unlock the device. If you were looking to change that and add up to four different functions to the slider, this Cydia tweak is for you. 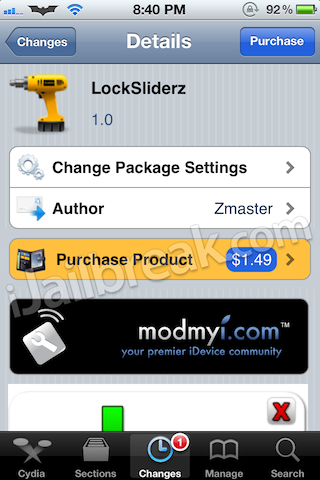 LockSliderz Cydia tweak adds an extra slider to your iOS lockscreen that can be used to perform up to four different functions. You can unlock the phone when you slide the knob from left to right like always and launch an app when you do it from the right to left. In the Settings app, there are other options that let you adjust the size of the sliders and also select what app you want them to launch. Custom icons are also available at your disposal.

For people with smaller fingers, this tweak isn’t recommended because the buttons are not as awesome as the original ones and sometimes hang. If you want to try this tweak out, you would have to shell $1.49. Already decided to get it? Well, head over to the ModMyi repo and look for LockSliderz. Let us know what you think of this tweak.