There is without a doubt a ton of other Cydia tweaks that allow you to toggle iOS functionality on the lockscreen, but if you are looking for something free and like the look of LockScreenAirPlaneMode then we urge you to check it out. It is available in the BigBoss repository for free and is compatible with both the iOS 6 and iOS 5 firmware generations. 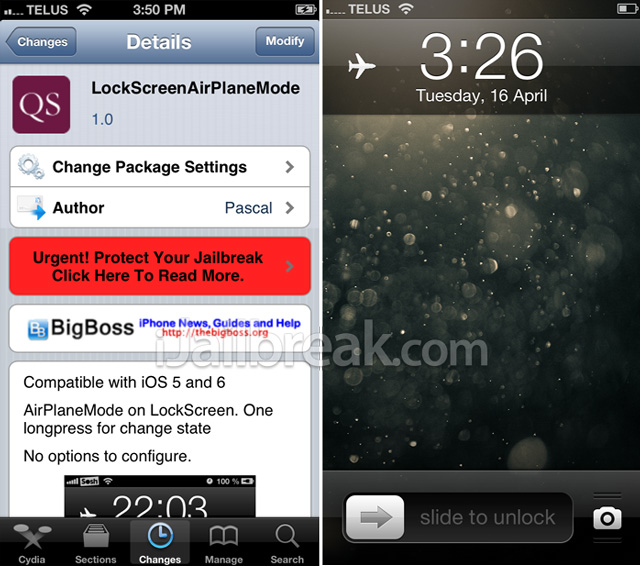 It would be nice if the LockScreenAirPlaneMode Cydia tweak allowed you to select other common iOS toggles, like Wi-Fi for example, that you could switch out instead of Airplane Mode, but I guess that would mean the tweak would need to be renamed.

Be sure to let us know what you think of the LockScreenAirPlaneMode Cydia tweak in the comments section.