While an eventual iOS 6 untethered jailbreak isn’t looking quite as grim as we believed it to be, like many of our readers, I’m stuck with iOS 5 because I enjoy having an untethered jailbreak on my iPhone, and all the awesome tweaks that come with it. Meanwhile I’ve been staring longingly at all the little improvements made to iOS 6, subtle changes that makes the OS feel different from last year’s release. 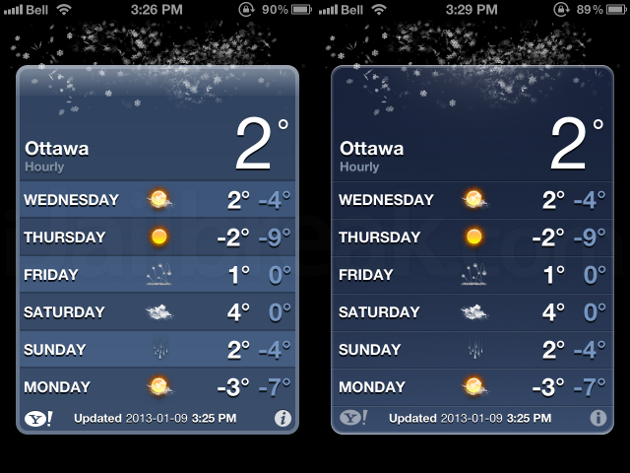 The big change is that the theme is darker, the borders are sharper, and the theme uses textured gradients instead of patterned striped for distinguishing rows. The Yahoo! and info icons have been tinted to appear slightly transparent. Otherwise the icons, images, and fonts in the weather skin are the same. 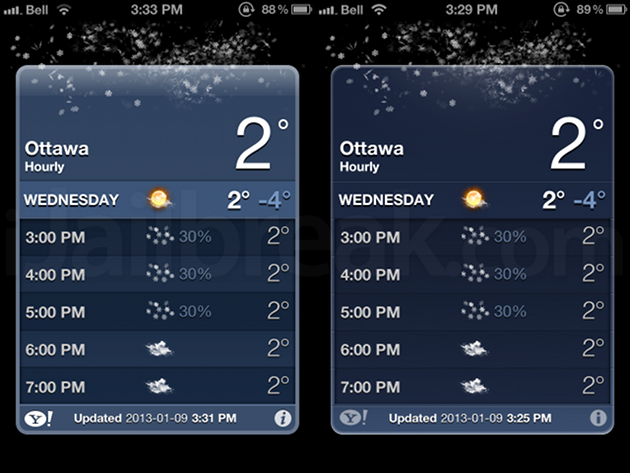 iOS 6 Weather is darker and more uniform than the standard iOS 5 skin.

Where to find: iOS 6 Weather is available for free in the ModMyi repository on Cydia. To enable the theme, select iOS 6 Weather in WinterBoard, and respring. 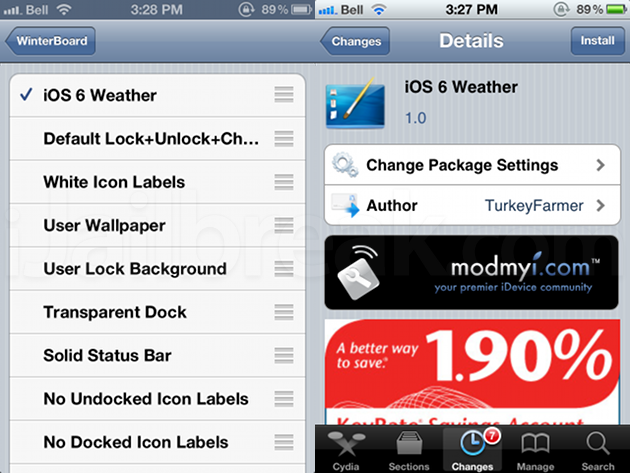 iOS 6 Weather requires Winterboard, which is a must-have tweak for theming your iPhone, iPad, or iPod Touch.

Synergy: Want to make iOS 5 look and feel more like iOS 6? The StatusColor Cydia tweak allows for the iPhone’s status bar to camouflage itself with the current app.

Do you prefer the look of the iOS 6 theme to iOS 5? What features in iOS 6 have you been looking forward to using? Share your thoughts in the comments section below.