Saurik, otherwise known by his actual name Jay Freeman, the founder of Cydia has recently took to Reddit to share all of the tweaks he has installed on his Jailbroken iPhone.

So if you’re curious to know what one of the most iconic names in the Jailbreaking scene has on is Jailbroken iPhone here is a list of all 37 Jailbreak tweaks and apps he has installed. 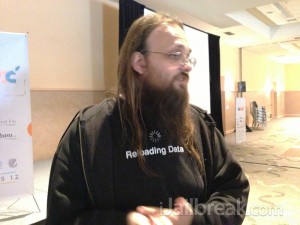 After looking at some of these tweaks you are probably thinking to yourself “he’s not running iOS 7, is he?” And you could be correct to think that!

Saurik has not updated his iPhone to iOS 7 yet and the reason is primarily to do with the changes Apple made to Safari.

I am not certain what to do about iOS 7. Apple ruined the web browser by adding the “scroll up for navbar” feature: it is horribly distracting and entirely useless. I could just remove it, but they also bring up a solid bar now with the back button. On iOS 6 they simply nailed it: the HUD was entirely gone except for a few transparent buttons that were always present; I seriously now do most of my browsing on my iPhone (I’m typing this response on my iPhone, in fact), but I simply can’t use iOS 7 Safari. When I have time I might try to do some major surgery to “fix it”, but until then I am on iOS 6. (That said, I also rely on a ton of these extensions, and only very recently have some of them been ported. iOS 7 also screwed up the address book, and they use colors everywhere like red… red means “this is dangerous or is an error”, not “edit my alarm”. I’m just distraught.)

I suggest you take a look at the entire Reddit thread for yourself here. Be sure to let us know what you think of the tweaks in the comments section below.