Yesterday we featured a tweak from Hashbang Production’s beta repository called ScreenFade that made the sleeping/unlocking process smoother by adding a nice fade animation. Today a new tweak was released in his beta repository by the name of Fontee.

What the Fontee Cydia tweak does is make the fonts on your iPhone, iPod Touch or iPad lighter. This essentially makes the fonts resemble how they look like in iOS 7 and it is a neat subtle effect to say the least. Usually I am not a fan of “font swaps” but I am going to keep Fontee installed for the time being. 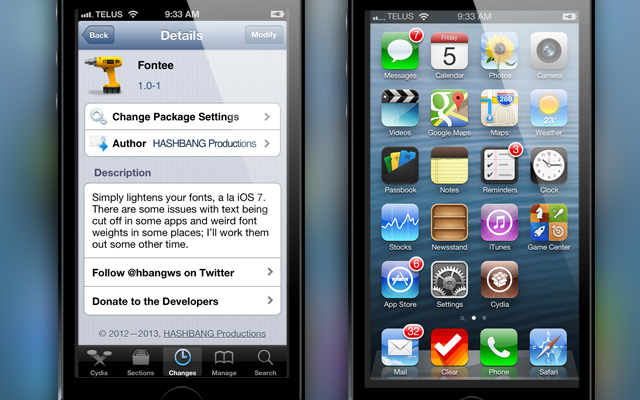 If you are interested in Fontee you can find it in Hashbang Productions private repo (http://cydia.hbang.ws) along with many other beta tweaks that are sure to keep you entertained. Let us know what you think of the tweak in the comments section below.