In case you didn’t hear, iJailbreak hit 1,000,000 overall views on its YouTube channel on the weekend and we couldn’t be more excited! We want to thank you guys so much for your support.

Getting back on track though here,  Ryan Petrich released two new tweaks over the weekend that go hand-in-hand with each other called FlipSwitch and SwitchIcons. Let’s start with the main tweak called FlipSwitch.

FlipSwitch and it is essentially a centralized toggle system for iOS that ingrates with Activator. It will add a whole bunch of new actions that have to do with toggling certain iOS functionality like AirPlane Mode, Bluetooth, LTE and Wi-Fi into the Activator Settings panel. 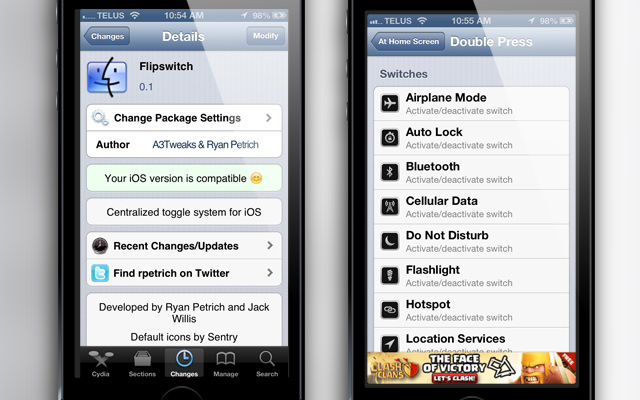 FlipSwitch is moreso a library which means developers can tap into it and create extensions for it. Ryan Petrich released an example extension called SwitchIcons that will make app icons out of all the available toggles. These app icons can be moved around just like stock apps and placed in folders. 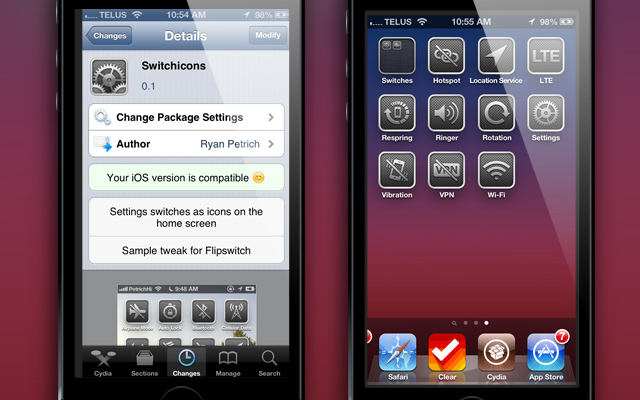 Both FlipSwitch and SwitchIcons are available in Ryan Petrich’s beta repository and will likely be released in the BigBoss repo once they come out of beta. If you would like to get these tweaks now though simply add Ryan Petrich’s beta repo that is shown below by going into the Manage tab, followed by the Sources section, tapping the edit button and then the add button.

Be sure to let us know what you think about the tweaks in the comments section below and be sure to check out our video review at the top of the article.