Over the weekend we reported on 5 must have Cydia tweaks. One of these tweaks was called FlipControlCenter from Ryan Petrich and what the tweak did was add more setting toggles and features to the top row of the Control Center. This included the ability to rearrange the position of the toggles and make the toggles scrollable by adding new ones like Respring or Vibration.

Now a brand new extension for the FlipSwitch framework (what FlipControlCenter is based on) has been released call FlipLaunch which allows you to incorporate app shortcuts directly into the top row of the control center. 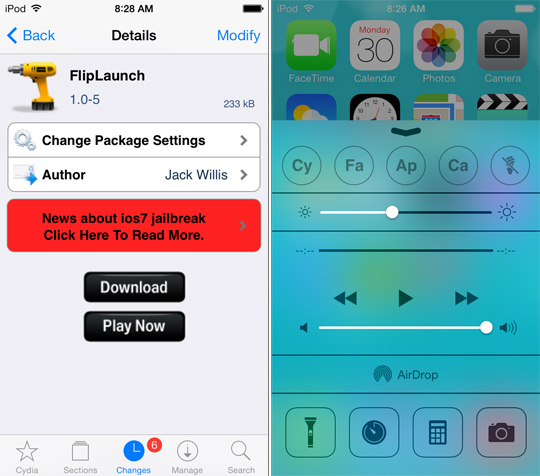 So how does FlipLaunch work? 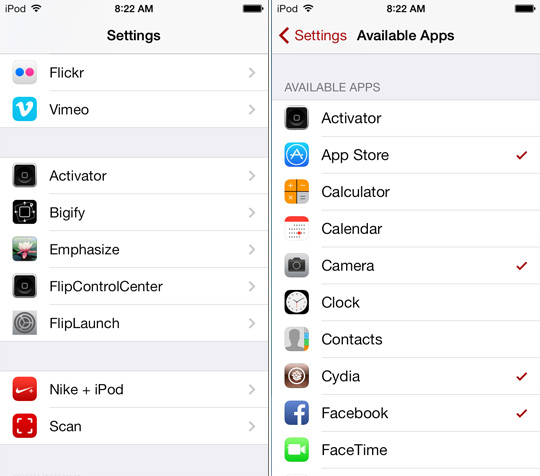 It really is as simple as that, and no respring is required.

Each app will look great in the control center as well thanks to the developer of FlipLaunch not utilizing a graphic for each app icon, but rather a stylized version of the first two letters that make up the app’s name. So when you have Calculator enabled, for example, the toggle will read Ca (sort of resembling the periodic table of elements).

The bottom line is if you have FlipControlCenter or a tweak built upon the FlipSwitch framework then you need FlipLaunch. Let us know what you think of the tweak in the comments section below.