We have seen a ton of iOS 7 concepts lately, but what if you could get a taste of how many people envision iOS 7 to be like right now on your iPhone or iPod Touch?

Well, the good news is you can! Obviously no one knows how far Jony Ive will take iOS 7 in terms of reducing skeuomorphism and making the operating system, as a whole, more flat, but this new theme I recently discovered called FlatIcons gives you a good idea of how it might look. 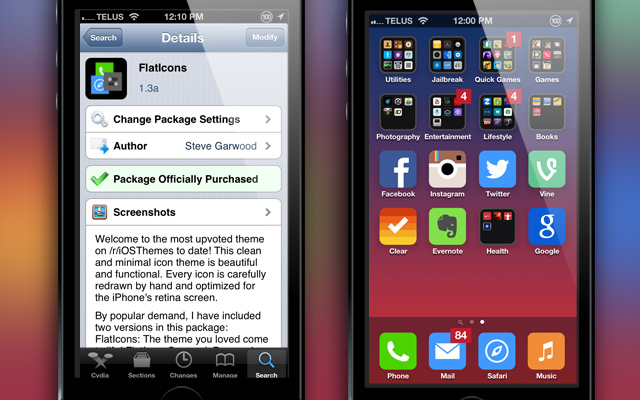 FlatIcons is a very well done theme that is on par with well-known themes such as Ayecon. There is auto-app skinning, 750 hand-rendered icons, Retina support and much more. FlatIcons will dramatically alter the appearance of your iPhone or iPod Touch, reducing skeuomorphic elements and making the entire operating system more flat. 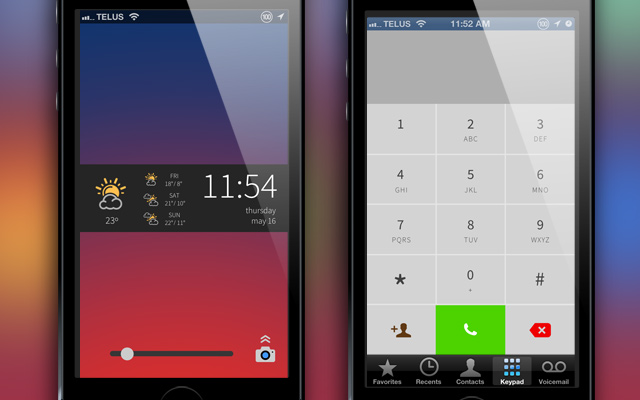 There is a skinned Phone dialler, Auxo theme, lockscreen theme and pre-made wallpapers that can be download from the FlatIcons official website. Unfortunately besides the phone dialler there are no other app skins, such as for the Calculator app and Music app, but hopefully this will come in a future update. 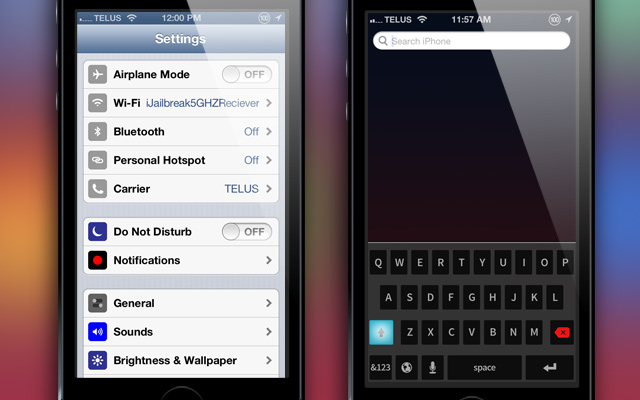 What is kind of neat is that there is a secondary theme that can make your app icons square instead of round, which gives it an almost Windows 8 like appearance. If you want the keyboard to match the FlatIcons theme then you can even download the free Color Keyboard theme called FlatIcons ColorKeyboard. 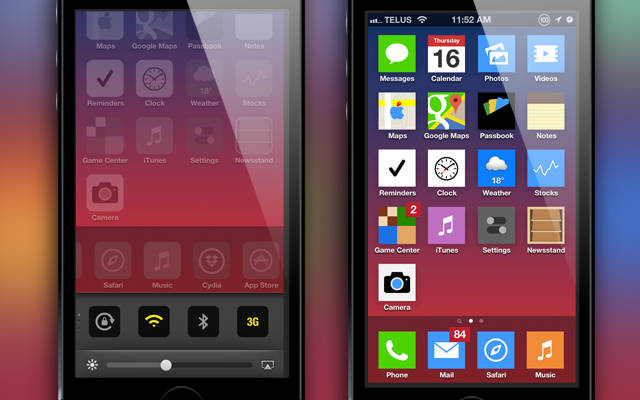 I usually don’t keep themes installed very long, but I am going to make an exception for FlatIcons. If you are interested in the WinterBoard theme you can find it in the ZodTTD & MacCiti repo for only $0.99. It really is a steal of a deal.

Let us know what you think in the comments section below.