Surprisingly enough, by stock, the face detection feature actually only works prior to pressing shutter button. With FaceDetectionDuringVideo however, your iOS device’s camera will be able to balance its exposure across up to 10 faces while shooting video. 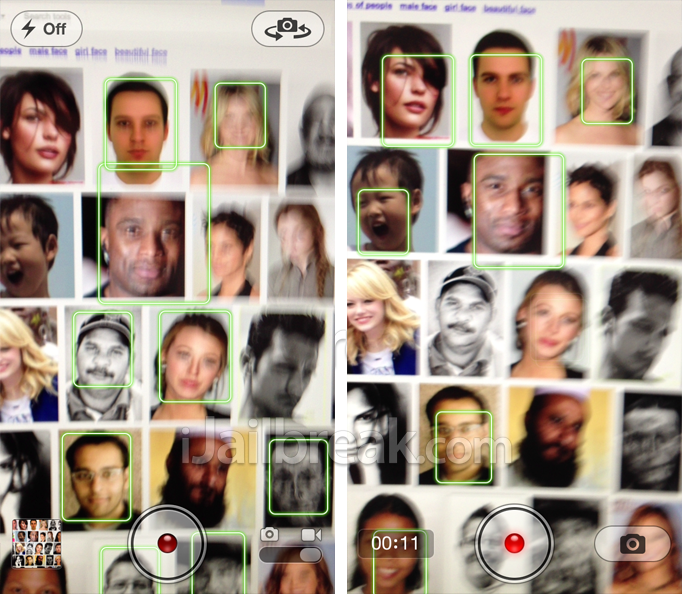 You will be able to tell if this tweak is working by the green boxes that should appear over faces while shooting video. Keep in mind that these green boxes won’t actually show in your videos or photos (as face detection is enabled by default with photos) when they’re saved to the Camera Roll.

There are no options to configure once you install FaceDetectionDuringVideo. Simply download and install the tweak from the BigBoss repo for free and you are good to go.

Let us know what your experience has been like using FaceDetectionDuringVideo in the comments section.