How would you like to enable night mode for iOS 7? Do you feel like all the white space gets blinding at night time?

Check out the new and highly anticipated Cydia tweak called Eclipse, developed by Guillermo Moran or otherwise named fr0st on Twitter. The tweak features a night mode which darkens most of the native iOS apps and third party apps using various shades of gray for easier night viewing. 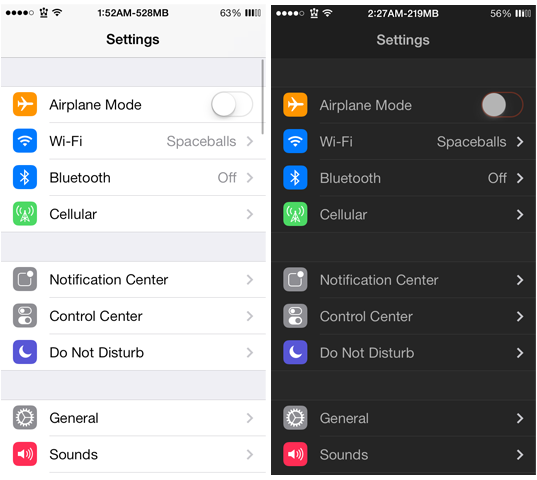 Ever since using night mode in Tweetbot many people have wanted to see a feature like that in iOS itself and Eclipse is something that now has come to fruition. It may not be perfect right now, but the developer has since stated future updates are on its way.

Eclipse has a preference pane in general Settings where you can enable or disable the tweak and other options such as; Darken wallpapers (lighter wallpaper takes on a darker tint), enable orange tint (turns the blue text and outline buttons to orange) and an experimental option to darken UI Views (warning, may cause some issues).

After enabling the toggles users will need to kill every app on their iPhone for the effects to take place. Users can quit all apps by accessing their multitask and swiping up on each and every app if they do not have a tweak that will allow them to kill all apps at once.

Not every application looks complete in Eclipse, like iTunes, Safari, Notes, or Calendar and some like Mail or Phone look good with the omission of a few areas, but all in all it has the potential to be beneficial, just take a look no further than settings running in Eclipse mode. 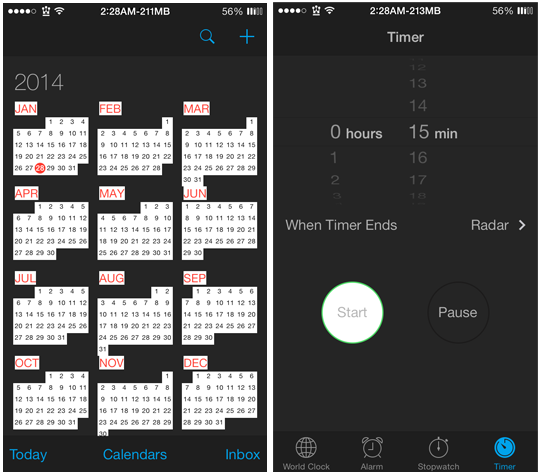 Even though Eclipse needs some improvement it’s a step in the right direction and it only cost 0.99 cents from the BigBoss repository.

Here are some tips from Guillermo so far:

And here are some questions answered:

Let us know what you think of the tweak in the comments.