Saurik has pushed another update for Cydia Installer and it features several bug fixes related to the previous version. 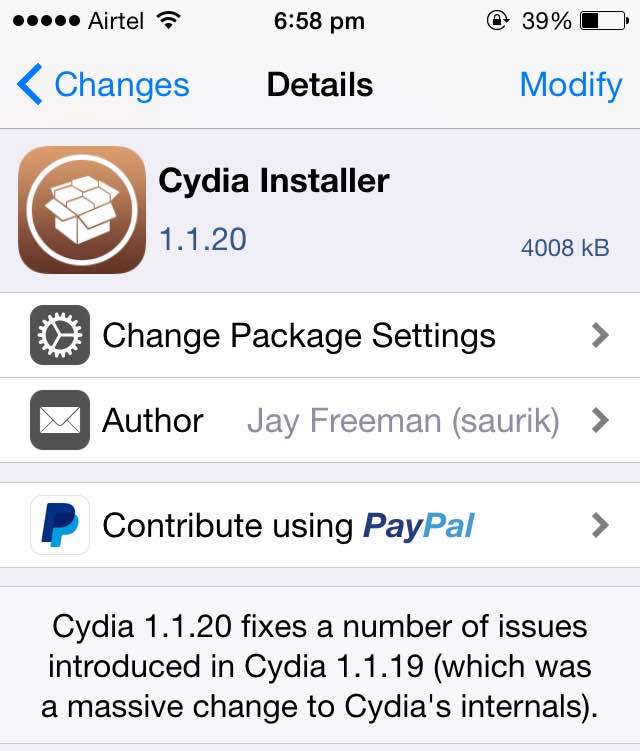 Cydia 1.1.19 was a huge update as it completely changed the way Cydia worked on a jailbroken device.

Instead of running as root, Cydia now runs as mobile, which means installed tweaks will also affect Cydia.

However, the previous version included certain bugs which have been addressed in Cydia 1.1.20.

Here’s a list of all the bugs that have been fixed in the update:

That’s all the new features in Cydia 1.1.20. If you’re facing any problem with your jailbreak, please update to the latest Cydia.