Earlier today, Saurik released a new version of Cydia Installer that brings some new features, plenty of improvements and bug fixes over version 1.1.10. The creator of Cydia first released version 1.1.10, which gave birth to some new bugs, hence the 1.1.11 update.

Cydia 1.1.10 brought along some major changes such as the ability to handle larger number of sources and packages, to see what you have installed when and overall better integration. In the new version, Sources replaces Sections in the Manage tab and to view all packages of the Sources together, you just tap on the Sources tab in the bottom menu bar. 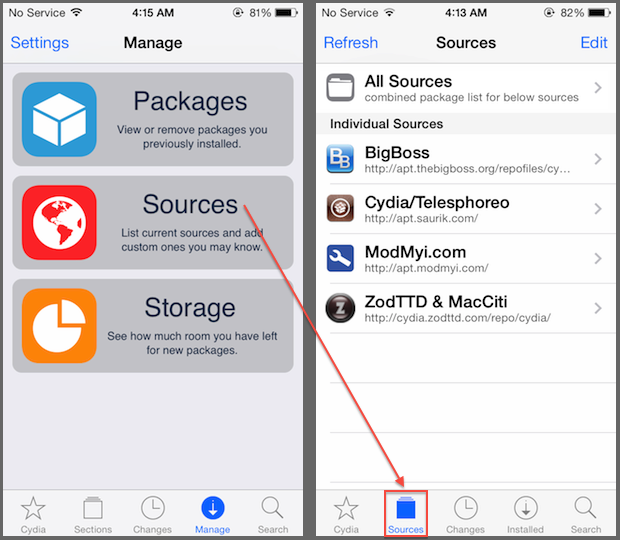 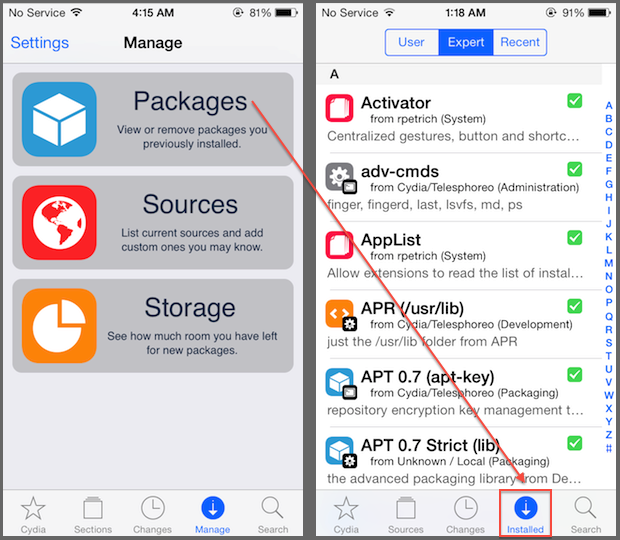 This means there is no Settings Panel to choose between User/Hacker/Developer. The Simple and Expert toggle is replaced with User/Expert. You can also sort your Installed packages by Recent so it’s simpler to know if any tweak is causing any issues.

The update also fixes the common “wow, you’ve exceeded the number of package names this APT is capable of” error caused by problematic or slow Sources/Repositories. Overall, the Sources UI gets a less cluttered interface so it’s easier to navigate, view packages and install/remove them.

Other bugs such as the blurry icon on non-Retina displays, rotation issue in iOS 5/6 on the iPad and the status bar issue in iOS 7 have been fixed. Version 1.1.11 of Cydia Installer takes care of these bugs:

To get the latest Cydia update, simply open the Cydia app on your jailbroken iOS device and tap on the Upgrade Essential button. If all goes well, Cydia should restart and you should see all the above mentioned changes and improvements.

Have you updated Cydia yet? Let us know what you think of the new features in the comments.