The Control Unlocker Cydia tweak was just released today on the BigBoss repo and what the tweak allows you to do is unlock your iPhone or iPod Touch with a gaming controller. All you do is install the tweak, configure a custom sequence using the D-Pad and ‘A’ / ‘B’ buttons and you can now game your way to unlocking your device. 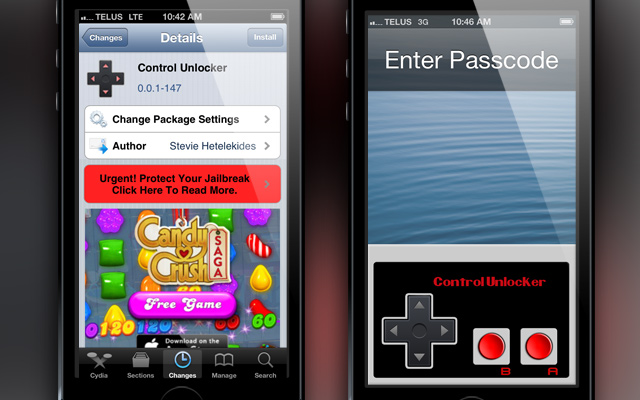 The default sequence when you first install the tweak is simply A,B A, B  but as mentioned previously a simply trip to the Settings app and the tweak’s preferences panel will allow you to set a custom unlock sequence. The only other Settings that can be configured is the controller text. There is also a killswitch and links to Donate to the developer of the tweak and a link to his Twitter profile. 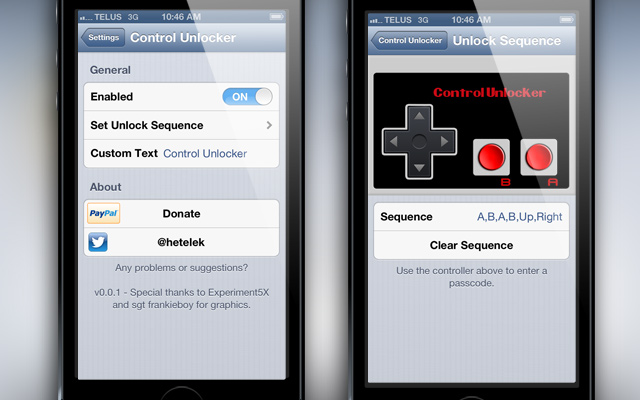 There is without a doubt a lot of lockscreen replacement Cydia tweaks out there, but Control Unlocker certainly stands out from the crowd. It probably isn’t the most secure solution, and is more of a novel functionality, but it is worth checking out to say the least.

You can find Control Unlocker on the BigBoss repo for free. Let us know what you think of the tweak in the comments section below.