Batch/Bash Script Editor is a Cydia app that is intended to users to switch between terminal scripts, so they can quickly switch between sets of programs. An app like this can be handy if you intend to use mobileterminal to do more than change your SSH password or play old-school RPGs. The Cydia page advertises that python, bash (unix shell commands), and anything else that can run from a command terminal can be automated into a script using Batch/Bash. 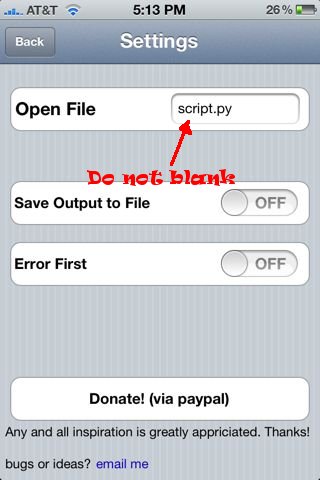 Handy as it is, the Batch/Bash Script Editor is not a foolproof app: It didn’t take me long to screw up everything. As I was monkeying about with the settings pane, I deleted the name of the file the script editor opens. Now whenever I open Batch/Bash and error pops up: which reads “ERROR!!! Error: is a dir.” Durr… When I click on settings to fix this error, another error dialog appears with a whole lot more text. I’m trapped!

(Reinstalling the app through Cydia does not fix the problem! Neither does deleting the folders through SSH! Let this be a lesson against letting liberal arts majors anywhere near code.) 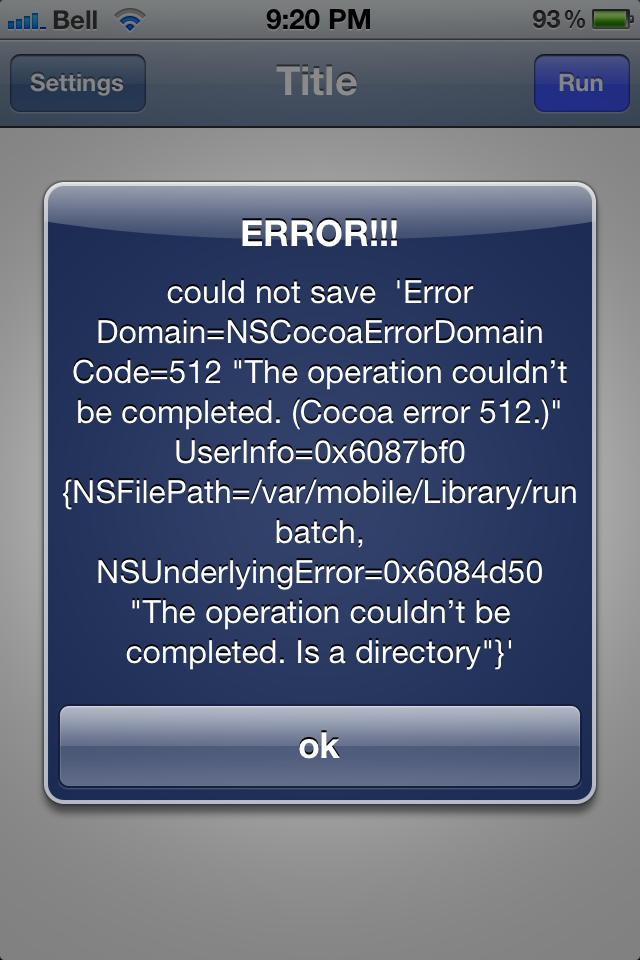 While I karmically deserved to ruin Batch/Bash for myself, this is a pretty serious bug. I can see someone who actually knows what they’re doing permanently disable the editor for themselves with a careless settings tweak. Showstopping bugs are the enemy.

If you need to run many different batches of code from a unix terminal, Batch/Bash might be the app for you. Just be warned that you can activate a pretty serious bug, at time of writing. Batch/Bash Script Editor is available on Cydia in the BigBoss repository for FREE, although you can donate money to the developer through Paypal at epic.orange7@gmail.com. (Epic Orange suggests $0.50, and I’ll gladly pay $5 if he fixes the bug.)

Are you also liberal arts major who’s secretly a script kiddie at heart? Share some of your favorite bash commands in the comments section below.

Update #1: According to the developer “there is no settings stored anywhere other than /var/mobile/Library/runbatch/settings.plist deleting that file should(and did on my device) fix the problem. make sure to delete the app from the multitasking bar.” The bug will be fixed in the next update.