µTorrent Beta is the official port of the lightweight PC BitTorrent client of the same name, which was released to the Google Play Store for Android devices on September 4th. On personal computers µTorrent is considered to be the most popular BitTorrent client outside of China; that’s according to stats from The Pirate Bay. The Android version has been out for two days, with an average rating of 4.4 stars out of 5 from 308 reviews. Today’s update further improves the stability of the app. 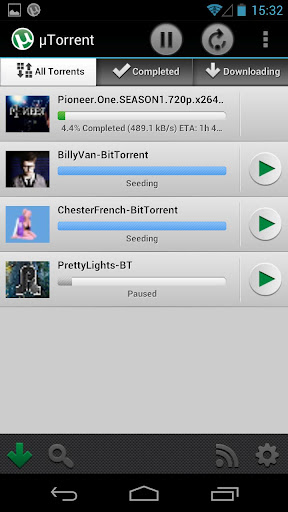 The μTorrent client features an intuitive GUI, with minimal guesswork involved for the user.

The PC client was built to be fast and lightweight, as the μ or ‘mu’ in µTorrent’s name is the symbol for micro in the metric system. Likewise the main goal of the Android port seems to be “Fast, easy on-the-go downloading of torrents.” Like the PC version, the Android app is free to download and use.

There are a few complaints that users have with the featureset of the mobile µTorrent port: the app snags magnet links easily, but doesn’t offer the same support for torrent files; the developers recommend using WiFi to preserve costly mobile data, but there’s no WiFi-only option within the app as in aTorrent; and though the user interface is intuitive, more advanced features, such as setting priority for downloads, are not yet available.

If you have a torrent box at home, you might be better off downloading µTorrent Remote, which is also provided by BitTorrent Inc. With µTorrent Remote you can start and control downloads from your Android tablet while your PC and home Internet connection does the legwork. 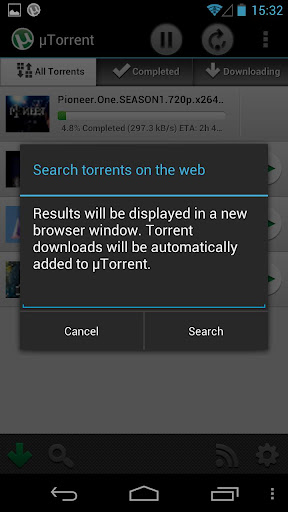 Do you use BitTorrent on your mobile devices? If so, do you prefer to do the actual downloads there, or through your PC’s internet connection? Share your thoughts in the comments section below.