How would you like to turn your iPad 2 or higher into a Apple MacBook look-alike?

Before voicing my opinions about the ClamCase Pro, I would like to share some of my experiences and reviews of other products of similar quality.

The very first accessory I purchased for the iPad 2 was Apple’s SmartCover, which was simple and modern in design, but with which I had issues. The SmartCover felt unsubstantial and never stayed on. I purchased a Brookstone Bluetooth Keyboard Portfolio Case for a brother-in-law who really liked it, but which I thought wasn’t that great. The design not only looked like a business folder, but it seemed flimsy as well, and the keys were right on top of each other (rubbery in feel). There were other options like the Brydge, CruxSkunk and Rakuten. The Brydge MacBook style iPad case is quite nice, it has built in speakers, but again, I didn’t like how the iPad attached to the case and heard the speakers weren’t very good, either. The CruxSkunk is another iPad laptop case, but the picture frame-like design which holds the iPad into place seemed fragile. Finally, the Rakuten notebook case fits only the iPad 2, sits flat, seems old and ships from outside the U.S. Finally, Logitech has some different options for keyboard cases, but I felt like the iPad wasn’t a part of the case, and really acted only as a keyboard and nothing else. 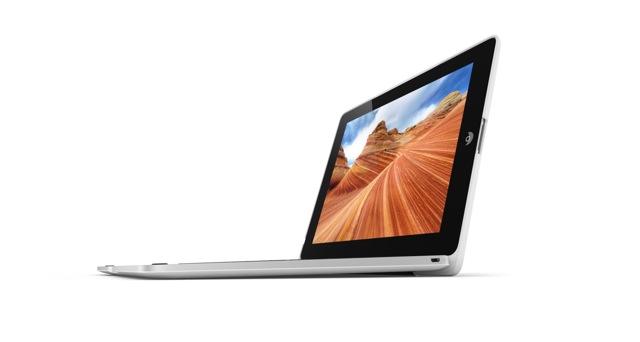 Being a fan of Incase for my iPhones in the past, I wanted to find something really nice for my iPad 2. I wanted to find a case for the iPad that looked like a laptop and had versatility. In the process of looking around and researching, I came across ClamCase and stumbled upon their new design, the ClamCase Pro. From the introductory video and images, I thought this was something I had to purchase. Some of the important reasons I purchased the ClamCase Pro: it looks like a MacBook, has a 360 hinge with different viewing angles, and is clean/sleek and sturdy in design. The iPad fits in what seems like a snap case designed by Incase, with a 360º hinge and a keyboard. The iPad can be easily removed from the case if needed. In addition, the ClamCase Pro works with iPad 2 up to iPad 4 Retina. 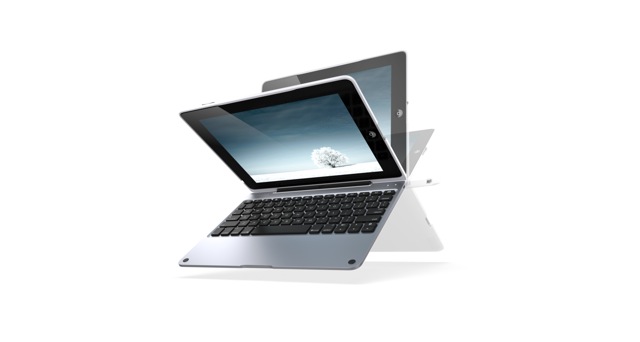 You can see the 360º hinge in the picture above for yourself. Users can adjust the screen to their liking while the iPad is sitting on their lap, stomach, furniture, and so on. Upon using the case I also found it useful to scroll around the internet in this position as well. This type of design provides much functionality for using the iPad in multiple ways. 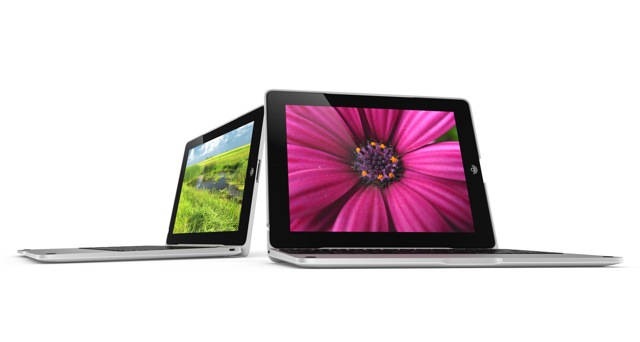 Not only is this ClamCases’s thinnest and lightest case to date, but another nice design aspect of the ClamCase Pro as pictured above is that the case which holds the iPad actually raises the keyboard up off the ground, giving it a slightly better feel when typing. The keys are elevated, spread out nicely and return a slight pop when pressed. I have come away very pleased and excited about my own experiences with the Case thus far.

If you would like to learn about the other benefits and information about the product you can head over to their website at or watch an entertaining video of un-boxing and review below. The only downfall about the Case could be the price at $150 after entering the Promo Code. However, cases for iPhones alone are expensive enough like the Armor Series OtterBox for iPhone 5 which is $100. Overall, I am more than satisfied with the case and glad I spent the money to get it.