Soon after the WWDC 2015 keynote, Apple released the first developer betas for iOS 9, Mac OS X El Capitan and watchOS 2. If you’re a registered developer for Apple and would like to experience the new softwares, you can now download the betas and try them for yourself.

iOS 9 brings plenty of under-the-hood improvements to the mobile OS, but nothing much on the surface.

The first iOS 9 beta is now available for developers to download. It includes improvements to Siri, Spotlight search and several other inbuilt iOS apps. Battery life is also said to be improved in iOS 9 and iPad users will get a split screen multitasking feature.

You’ll need an iOS 8 device to update to the iOS 9 beta. If you’re not a developer, you should probably not download this beta as there will be plenty of bugs.

Once again, we recommend that only registered developers download and install the latest OS X 10.11 beta. 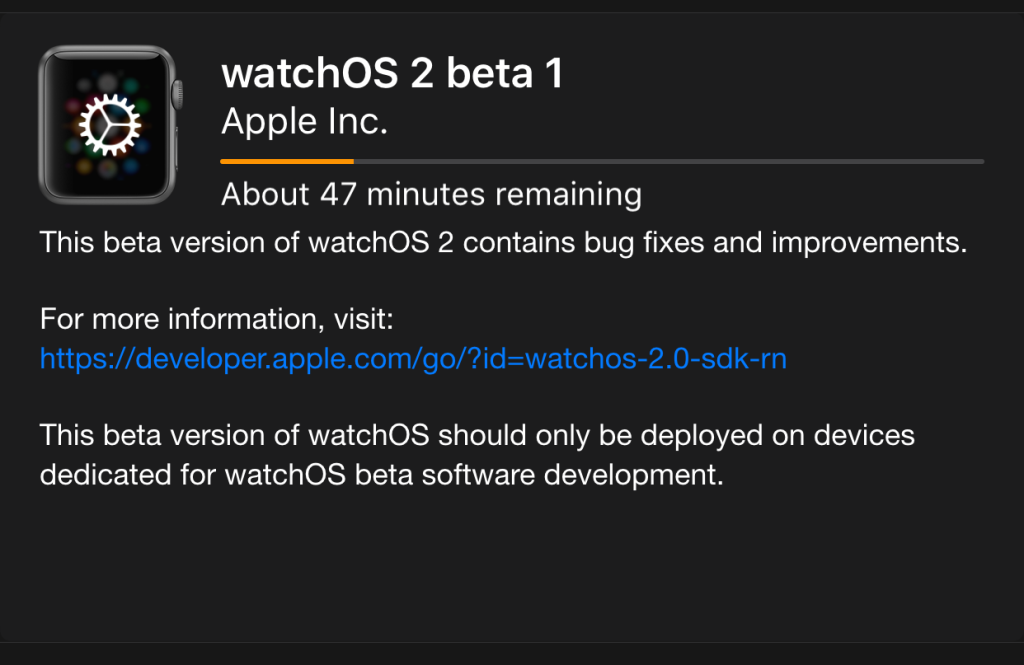 watchOS 2 includes native apps, new faces, custom complications and an Activation lock. You’ll need to upgrade to iOS 9 beta to be able to use the new watchOS 2 beta.

All the three betas are now available to download from Apple’s developer portal. The final versions of iOS 9, OS X El Capitan and watchOS 2 will see a fall launch.

The third beta of iOS 9 has been released for the developers, almost two weeks after the second one. A month ago, Apple announced iOS 9 at the 2015 WWDC.

iOS 9 beta 3 carries the build number 13A4293f and can be downloaded via the OTA update system or from Apples’ iOS developer portal.

If you’re a registered developer, you should probably update to the latest beta to test it out. The third beta includes Apple Music and also the News app that was announced during WWDC 2015.

The News app is similar to Flipboard and provides stories and news based on a users interests and preferences. The beta also features a new 2-factor authentication system, 4×4 app arrangement in folders on the iPad and new Photo albums for Selfies and Screenshots.

Here are the full release notes for iOS 9 beta 3:

If you come across anything more, do let us know through the comments section.

The fourth beta of iOS 9 has been seeded to registered iOS developers for testing. This beta comes about two weeks after the third beta and more than a month after the iOS 9 announcement at WWDC 2015. 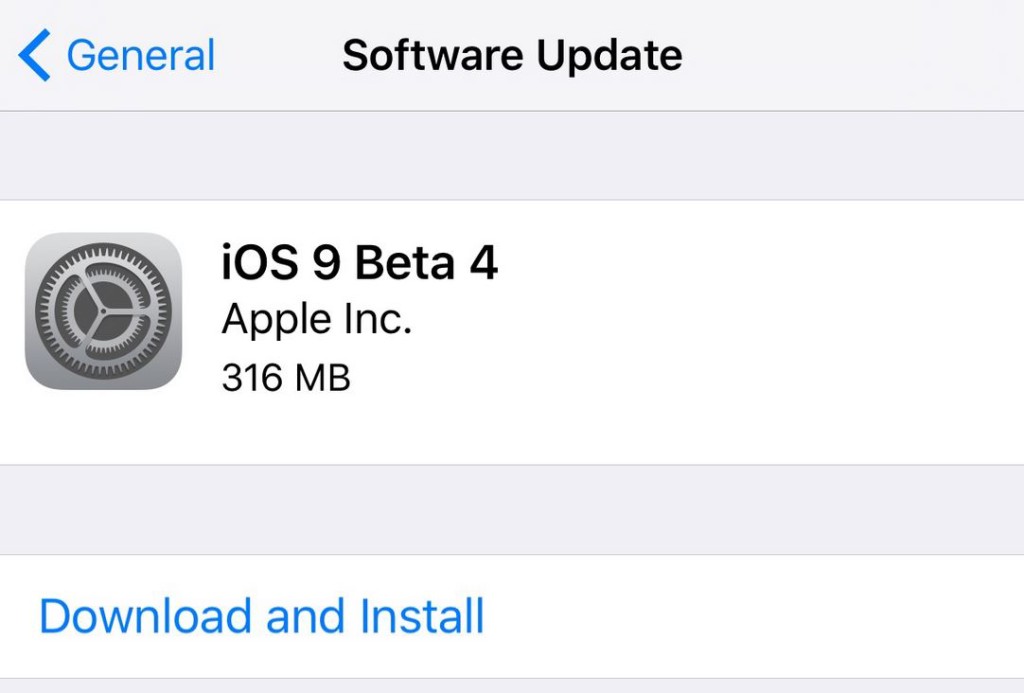 The iOS 9 beta 4 carries the build number 13A4305g and is currently available as an OTA update for those who are on the previous beta.

iOS 9 is mostly an incremental update that brings improvements to performance, Siri and so on. There’s nothing much new in terms of design or new features.

Here are the latest changes found in the fourth iOS 9 beta so far:

There will also be several other small changes that you will find here and there.

iOS 9 comes out later this fall, probably alongside the release of the new iPhones. It is compatible with iPhone 4s or later, iPad 2 and later and iPod Touch 5th and 6th gen.

The fifth beta of iOS 9 has been seeded to registered Apple developers and comes more than two weeks after the last beta. 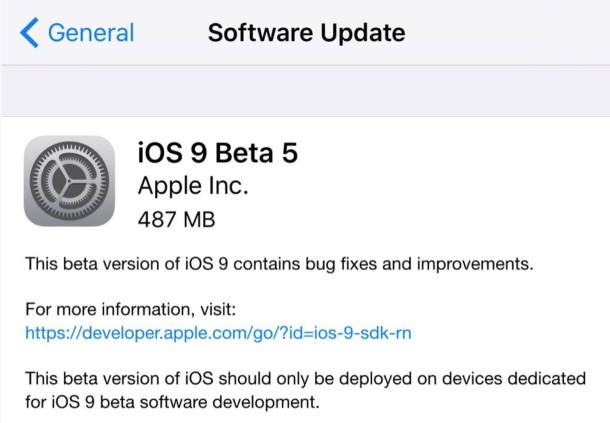 If you’re a registered iOS developer and are already running iOS 9 beta 4, then you can simply update to the latest beta using OTA feature in the Settings app.

You can also download the latest iOS 9 beta 5 from Apple’s iOS developer portal.

iOS 9 beta 4 brought back the Home Sharing feature in Music and also patched a bug that did not allow users to click pictures using the volume button. There were other small changes as well.

In iOS 9 beta 5, build number 13A4325c, Apple has included a lot of new features. Here’s a list of some of them that has been discovered so far:

There will be more improvements that haven’t been discovered yet, but if anything substantially new is found, we’ll let you know.