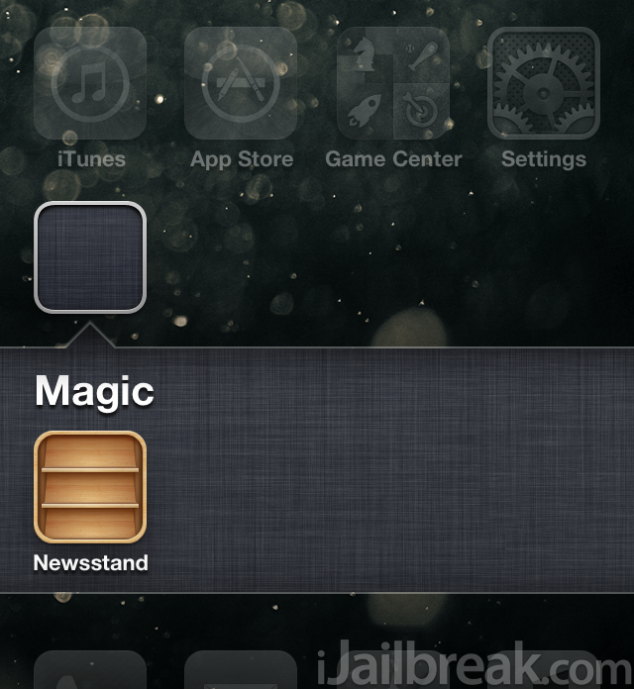 Unless you are picky about your icon layouts this probably hasn’t bothered you much. You have to admit though, if you had the option to hide the Newstand app a folder, you would do it wouldn’t you?

If you have a Jailbroken iOS device then you have many options when it comes to hiding the Newstand app. You can install a tweak like Springtomize 2, use SBSettings… the list goes on and on. The problem is, less than 10% of all iOS Devices are Jailbroken, as such those who do not possess a Jailbroken device are left in the dark.

That is until now. Filippo Bigarella, the developer behind Springtomize 2 and other popular Cydia tweaks, has released a tool called StifleStand that will make it possible to hide the Newstand app on any non-Jailbroken iPhone, iPod Touch or iPad; including the iPhone 5. 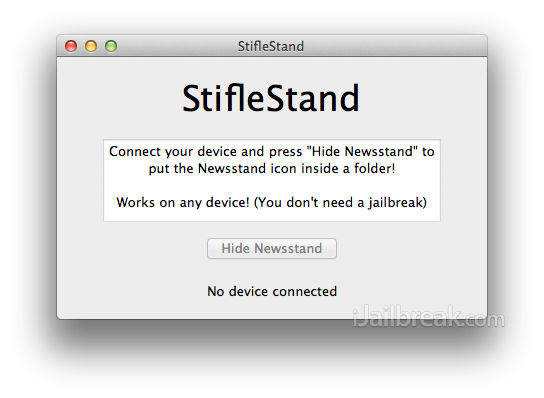 StifleStand is an extremely easy to use tool that involves simply plugging your iOS device into your computer via USB, clicking a button and voila! The Newstand app will now appear in a folder called Magic, allowing you to place the app with any other stock apps you do not use.

At this time StifleStand is only available for Mac computers, but a Windows version is coming shortly. You can download StifleStand from the iJailbreak Downloads Section or from the direct link below.

Despite StifleStand’s relatively simple procedure, we will have a tutorial available shortly.