Just over a week ago we told you that Apple was testing iOS 6.0.1 through different carrier partners, and that it would be released shortly to address various iOS 6 bugs. Sure enough, today Apple has released iOS 6.0.1 Build 9B206. 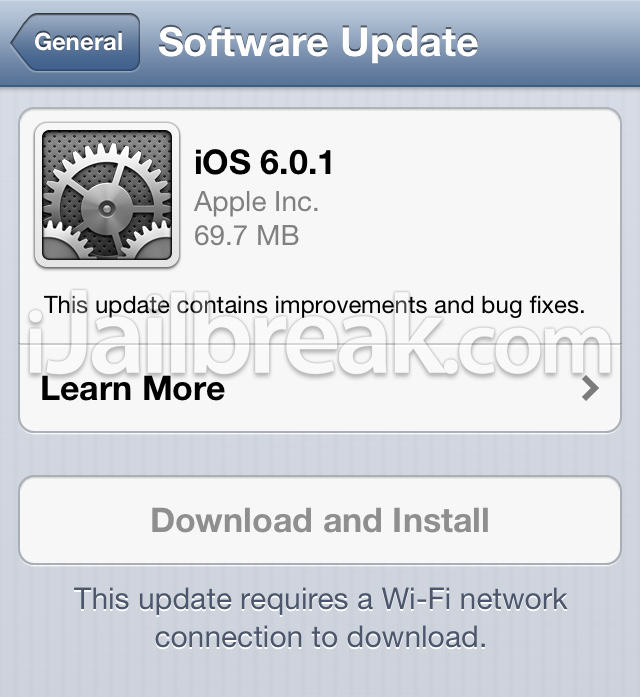 The iOS 6.0.1 firmware addresses a lot of bugs to do with the iPhone 5. In fact, if you are updating your iPhone 5 to iOS 6.0.1 over-the-air, you will first need to download an over-the-air update patch because the iPhone 5 shipped with a bug the prevents the device from receiving OTA updates. Among other things, the iOS 6.0.1 firmware fixes a graphical glitch to do with the keyboard, bugs to do with exchange meetings and more that you can read about below.

You can download the iOS 6.0.1 firmware for your iPhone, iPod Touch or iPad by clicking one of the direct download links below.

Let us know if you encounter any issues or discover any other changes not documented in the comments section below.