It’s been over a year that I’ve had my iPhone 4 with me, locked, but running on the Gevey Turbo SIM. However, earlier today when the SAM unlock method was announced I was unimaginably happy. Unlocking my iPhone 4 16GB, preserved on baseband 4.10.01 and running on iOS 5.0.1 (untethered), was the first thing I did today. It worked on the very first try and I finally got rid of the Gevey SIM and all its troubles.

As a geek, I wasn’t satisfied and thus wanted to find out what happened if I restored my iPhone 4 to iOS 5.1 and then tried to unlock it. Of course, I knew it would work, because every other blog had already tried it and the results turned out to be positive. So, I downloaded the iOS 5.1 (9B176) firmware and restored my iPhone 4. I had RedSn0w already running to jailbreak and hacktivate my iDevice, because I knew had to install Cydia and download SAMPrefs to get the unlock working. I waited for the activation screen to pop-up, but that’s not what happened! 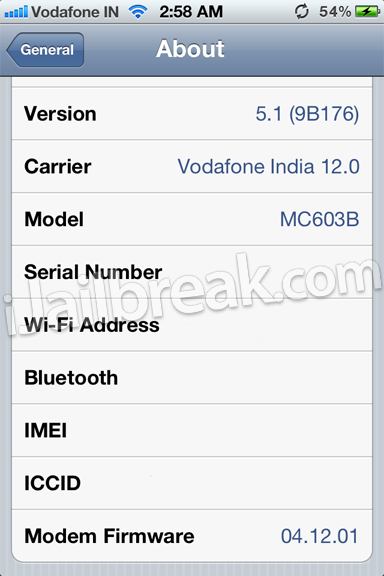 Soon after the restore process, iTunes quickly activated my LOCKED iPhone 4 and went on to ask me if I wanted to restore from a recent backup. I hadn’t jailbroken or hacktivated my iPhone, which is why I was literally left with my jaw hanging. There was no SAMPrefs installed nor there was Cydia, I had a locked iPhone 4 working on a SIM that it isn’t supposed to function with. Surprisingly, my iPhone was already unlocked and working great with my carrier. If you don’t believe me, you can go through all my homescreens and check out all the apps that I currently have on my iPhone.

No jailbreak at all! All I did was restore my iPhone using the Shift key via iTunes. If anyone out there has a locked iPhone, jailbreak it, unlock it with SAM, update to iOS 5.1 using restore in iTunes and then see the magic happen. Also, make sure your IMEI isn’t blacklisted by Apple. I cannot guarantee that this will work for all, but give it a shot, because it worked for me. Try it and let us know if it worked for you too!