If you remember correctly, back when Apple released some of the first beta firmwares for the iOS 5 firmware generation, we told you that you would no longer be able to save your SHSH blobs. This is because Apple has changed the role that *APTickets play on your iPhone, iPod Touch or iPad. This means you will no longer be able to restore your iPhone, iPod Touch or iPad to a lower firmware version once it is running the official iOS 5 firmware.

*APTickets are the main component used in saving SHSH blobs. 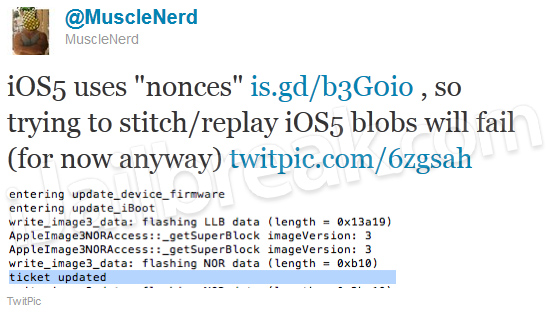 While there is no way to restore to a previous firmware once running the official iOS 5 firmware, the Dev-Team have made a couple of points which you should pay attention to:

If you are thinking about updating to the iOS 5 firmware or already have this is something you will need to keep in mind.