Some of you may remember Rock App fondly. Rock was an alternative to Cydia, probably the best alternative ever created in my opinion. It had a beautiful store interface, and supported all of the same repos as Cydia. Rock was praised for its speed, but took some dangerous shortcuts. After being open for only 18 months it was acquired by Cydia. 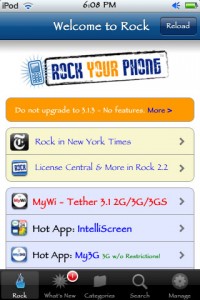 Rock was revolutionary when it launched. It featured a built in rating system that was hit or miss (we all know how brutal people can be online). Sources could refresh in the background, and you could find all of your licenses in one place. Rock, at the time, was a much faster alternative to Cydia because instead of downloading data from all of the default repositories, it only had one. Rock hosted all of its packages on one central server instead of connecting to numerous community sources. This was considered dangerous by Saurik, but it worked. 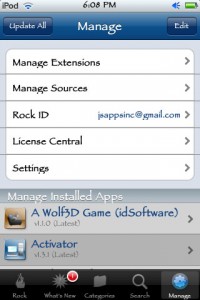 One hidden feature that not many people knew about was that Rock had its own desktop version for your computer. Although Rock closed after only 18 months, here are some fun facts to remember the Rock app:

I miss Rock, but Cydia has made leaps and bounds of progress in the last couple years. Did you try Rock? Leave your opinions below!