When it comes to downloading tweaks and themes on a jailbroken iOS device, the only store that comes to mind is Cydia. Jay Freeman, aka Saurik, created Cydia about six years ago and it is still running strong. Yes, the UI could do with a makeover, but the functionality is great. Enter iMods, a new age jailbreak store, with an UI that goes great with iOS 8 and features that aren’t present in Cydia.

iMods is still in beta, but the developers have posted a new video showing how it works. Since it’s in beta, there aren’t many tweaks, actually there’s just one theme that’s shown in the demo video. However, the store looks great and has some great new features, such as your own profile, a wishlist, a Featured page and more. In terms of functionality, the iMods jailbreak store is similar to Cydia, but has a simpler and elegant look to it. 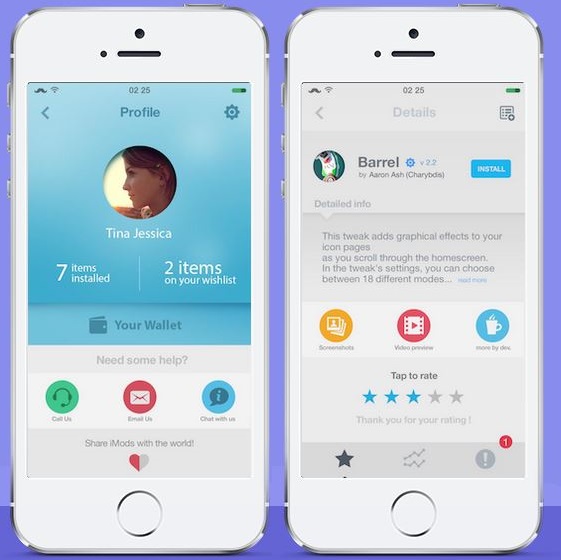 For themes, iMods will be using a new software called Anemone, instead of WinterBoard that’s used by Cydia. With Anemone, you don’t have to respring your device to apply themes. You can check out the video below to see how iMods will work once its out of beta.

The developers have promised that the iMods store will be available by the end of this year. There’s not much time left for 2014 to end, so lets see if they can stay good to their promise. A public beta should be available soon for jailbreakers to try.

What do you make of iMods? Will you replace Cydia with iMods?