aTV Flash is a userfriendly mod to the first and second generation Apple TVs. The commercial software package adds powerful features to Apple’s set-top box, within Apple’s excellent GUI. These features include additional formats, lastFM integration, a web browser, and automatic cover art and metadata for your personal content. James Abeler, director of FireCore, posted a preview of aTV Flash (black)’s version 2.0 beta on the FireCore forums. (Black) is the version that supports the second generation Apple TV. 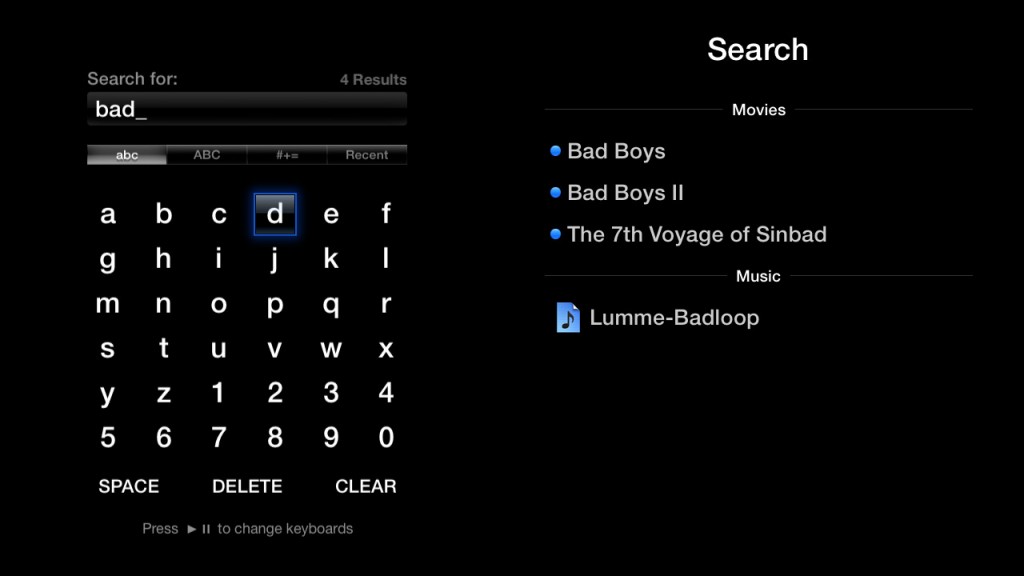 The preview screenshots include a new main menu layout and library view, the option to browse content by category, as well as an integrated search and search results page.

The to our eyes, the teased main menu layout doesn’t look changed. Maybe we’re missing something but it still looks like glossy buttons arranged in rows of four on a brushed metal background. The revolutionary new feature is supposed to be the library view, which will include drop down selections for categories like Movies by Director and Movies By Genre, but you wouldn’t know it from the screenshots.

The search feature, however, looks genuinely appealing. If you have a large library amassed on a NAS, selecting content by scrolling down on a list is sub-optimal. My only concern is that the keypad layout is alphabetical and not the traditional QWERTY keyboard seen on most devices, which can cause a clumsy transition. This issue can thankfully be bypassed by using the Remote app on an iPhone or iPad.

If you want to try out the beta for aTV Flash on your second generation Apple TV, you can fill out FireCore’s survey. If they need you as a beta tester, you will be contacted via email. Supposedly there are many more improvements within the 2.0 beta. 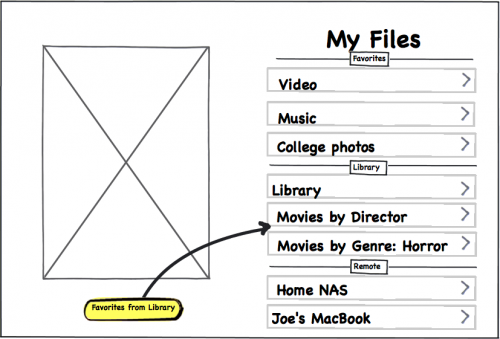 An older mockup of the library view.

What features would you like to see in a future version of aTV Flash? Share your thoughts in the comments section below.