If you would rather not waste money accidentally tapping the Voicemail tab in the Phone.app then you will be glad to know a Cydia tweak has been released to remove Voicemail from the Phone.app for good. This tweak is called VoiceMailKiller and as its name suggests it will kill Voicemail and replace it with a new function called Groups. This new Groups functionality will allow you to create groups of contacts to send messages (SMS) or emails to in just one tap. There is also built in translations for Italian, English, German, Spanish and French with more on the way. 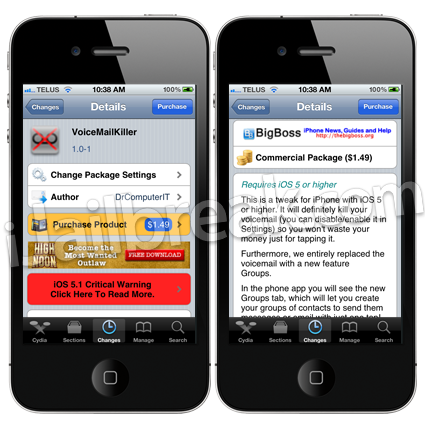 If you are interested in the VoiceMailKiller Cydia tweak you can find it through the BigBoss repo for a price of $1.49. Don’t forget to let us know what you think of this tweak in the comments section.