With all this fear about viruses, apps peeking into data that doesn’t belong to them, and all manner of spyware which could be intentionally loaded onto your machine, it was only a matter of time before developers started taking the integrity of their devices into their own hands. 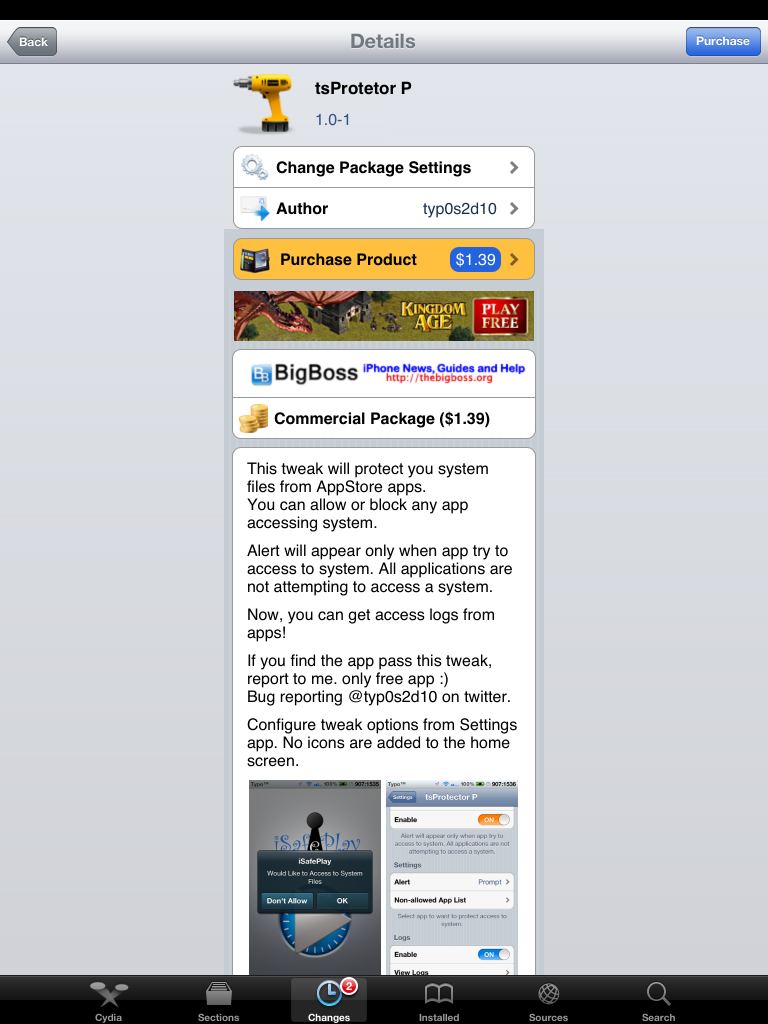 Available in the BigBoss repository; Options appear under Extensions in Settings.

tsProtector is a Cydia tweak that alerts users when an app from the App Store is attempting to access system files. The tweak is supposed to act like an alert in Windows when a program is seeking administrator privileges, giving you the option of denying the privileges.

tsProtector is currently available in two versions, tsProtector PFB and the recently released tsProtector P ($1.39). The version I tested, tsProtector PFB, would pop up and ask for permission when I tested it with any of my apps, including Netflix. For some apps, disabling access to system files would hamper functionality (preventing saved cookies from being read in my Feedly Reader app) while in others the functionality seemed to be untouched (Pocket Hipster could still make fun of my music collection).

You can use tsProtector to specifically sandbox apps you don’t trust from accessing system files by choosing the option to Allow apps instead of prompting, but setting a blacklist of apps in the Non-allowed apps list. 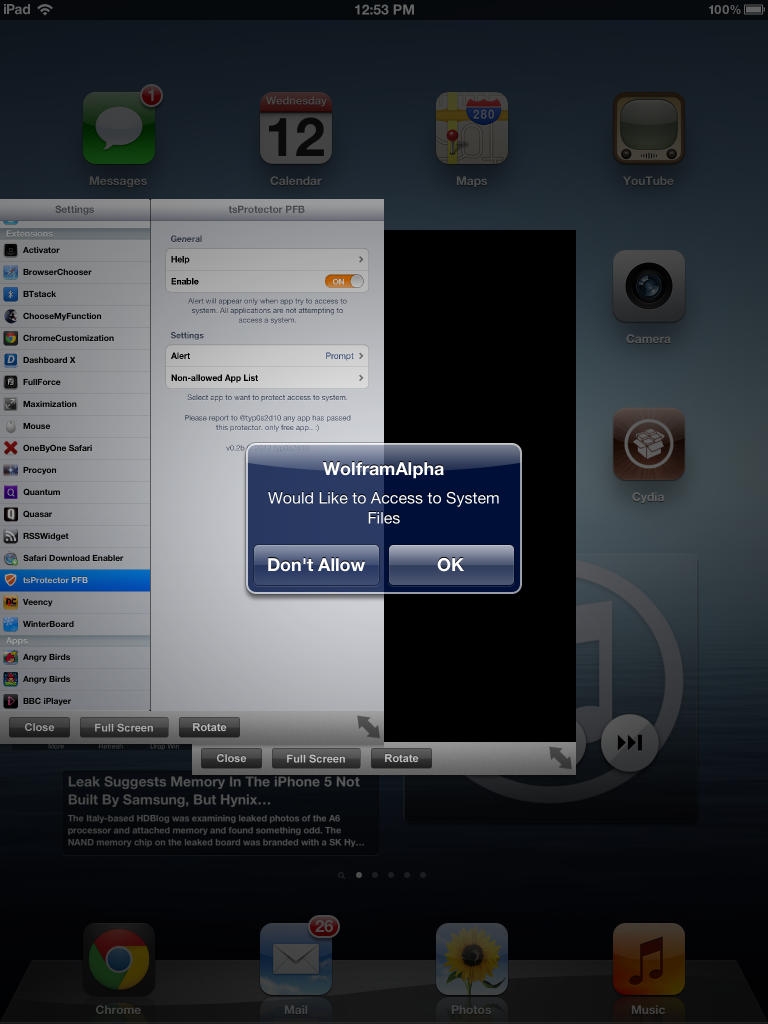 tsProtector currently won’t protect you from everything. It won’t sandbox anything installed from Cydia and it’s not smart enough to protect you from someone using SSH to mess up your system files, but it’s another layer of security regardless. Maybe it will protect you from all those malicious wallpaper and flashlight apps?

Given the rumors of free apps that spy on contacts, do you think your iPhone or iPad needs more security? Share your thoughts in the comments section below.