I’m glad we have copy and paste on iOS, but highlighting text on the iPhone can be a pain. To select text normally, you have to move your finger off the virtual keyboard and press it over a word, and then drag the blue tabs until they cover the letters you want. Apple’s system is intuitive, but it takes time, it can be finicky, and disrupts my workflow. SwipeSelection allows you to quickly move the cursor and make selections while keeping your fingers on the virtual keyboard. 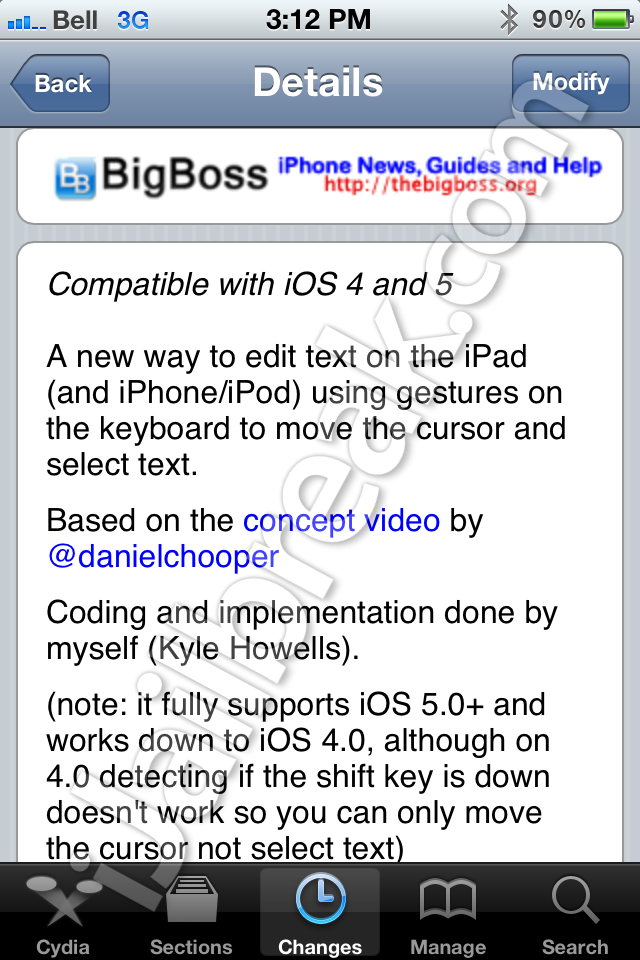 Unfortunately it seems there are some apps that don’t support SwipeSelection. Most of the apps I have tested function as with the tweak as expected. I had no issue with selecting editable text in Facebook, Skype chat, Mobile Safari, or Apple’s default Note app. Swiping on the keyboard in Evernote (a popular note taking service) does nothing, and there may be other apps which, for some reason, aren’t compatible. 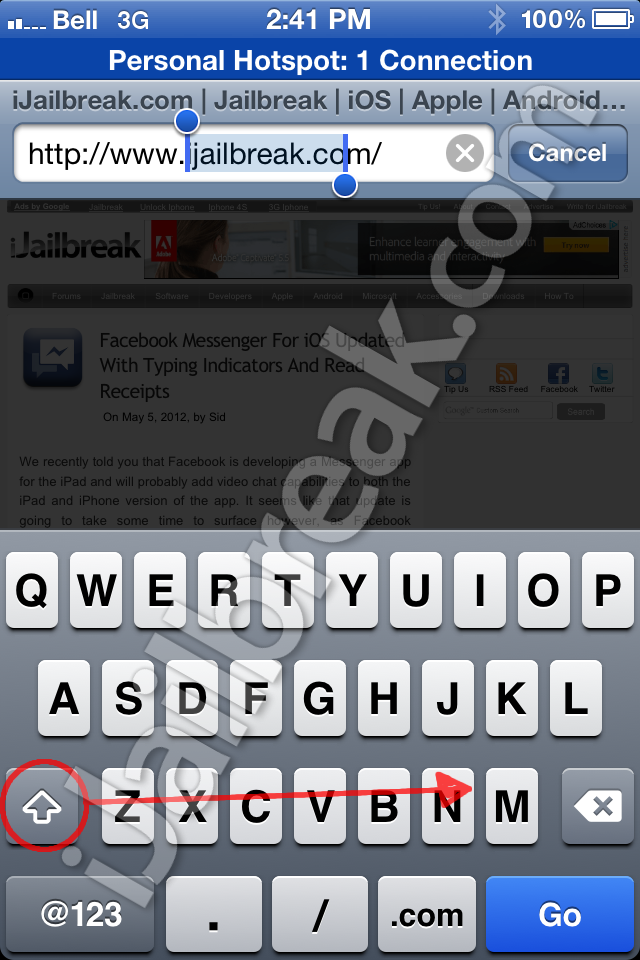 Another limitation is that this method can’t be used to select non-editable text, which I find Apple’s default selection method has the most difficulty with.

If you don’t do most of your mobile text editing in Evernote, try out SwipeSelection. It’s available in the BigBoss repo for FREE, and is compatible with iDevices running iOS 5 (and provides some limited functionality for devices running iOS 4).

Should Apple implement this keyboard tweak in iOS 6? Let us know in the comments section.