Yesterday we told you about the Deck Cydia tweak that brought a sidebar action menu to your iPhone, iPod Touch or iPad. I personally thought this was a great idea for a Cydia tweak and found it a great addition to my iPhone. 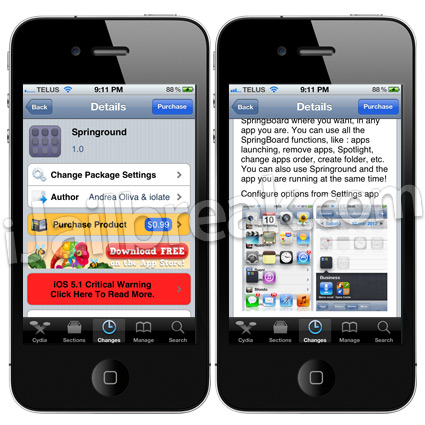 This means you can access your SpringBoard, with the ability to still use all of its functions, from any application you are currently in. The Springround Cydia tweak is a great addition to your iPhone, iPod Touch or iPad and is currently available in the BigBoss repo for $0.99. Let us know your thoughts on Springround in the comments section.