A Cydia tweak called Smudge was released today that applies a Gaussian blur effect over the App Switcher so that when you are switching between applications on your iPhone, iPod Touch or iPad it is easier to focus on the App Switcher.

At first I doubted that Smudge would be a useful tweak, but after installing the tweak to my iPhone 5 I was impressed to find that it actually does allow you to better focus on the App Switcher. This is because it is the first thing that your eyes are drawn to, with the homesscreen being blurred out of view. 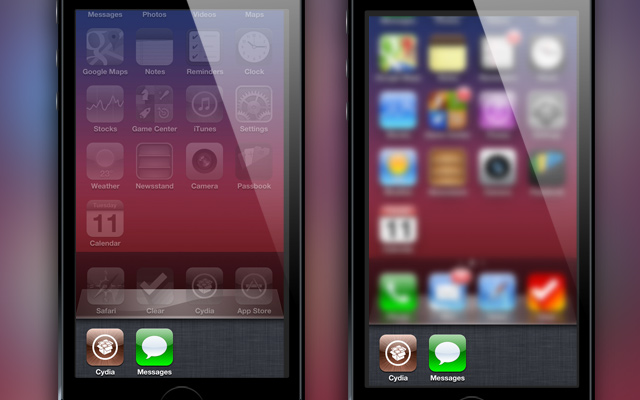 Smudge isn’t the most innovative tweak, but if you are looking for a subtle way to change the feel of using the App Switcher then Smudge will do the trick. If you are interested in the tweak you can find it on the BigBoss repo for free.

Be sure to let us know what you think of the blur effect when using the App Switcher in the comments section below.