Essentially what Simple Mode does is adds a tiny little arrow button on top of the slide to unlock bar that upon tapping will bring up 5 of your most frequently used applications.

There is even the option to select an app to always launch when you unlock your device. That is really all there is to the Simple Mode Cydia tweak. 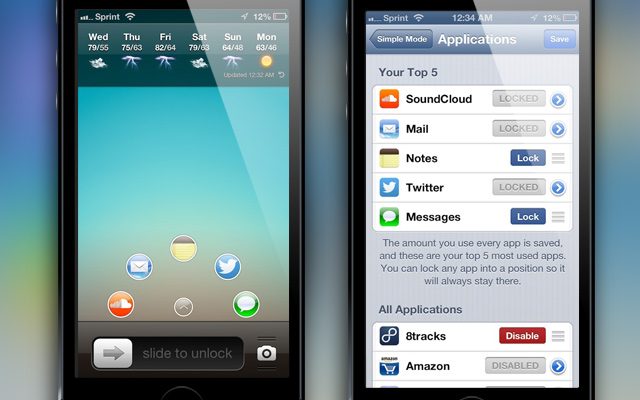 It is compatible with the iPhone and iPod Touch running iOS 6.0 and above and can be downloaded from the BigBoss repo for $1.99. If you already have a lockscreen launcher tweak then Simple Mode probably isn’t for you, but having apps pre-populate based on popularity is a useful functionality to have.

Be sure to share your thoughts on the tweak in the comments section below.