With the PcSMS Cydia tweak you can compose SMS messages and also reply to SMS messages directly inside any application.

The tweak works by providing a notification which slides down from the top of the screen upon receiving a new text message. When this notification appears you then have the option to dismiss the SMS message or reply to the SMS message. You can then open a dashboard to view dismissed SMS messages, or even compose a new SMS message from scratch using Activator commands.

Another neat option with the tweak is the ability to send SMS messages from your computer. In order to enable this you must simply download the PcSMS client for both Windows and Mac OS X operating systems. 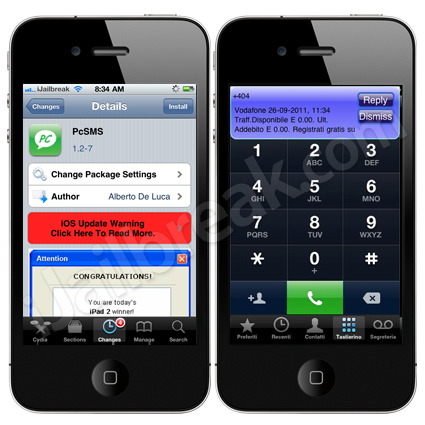 If you are interested in PcSMS you can find it through the BigBoss repo for free.

While many of you may turn your noses to such a tweak, like many small Cydia tweaks, it does have its uses. Such quickly checking the time, date or even a notification (in the iOS 5 firmware) during a time where your current brightness setting may not be appropriate (such as during the night). 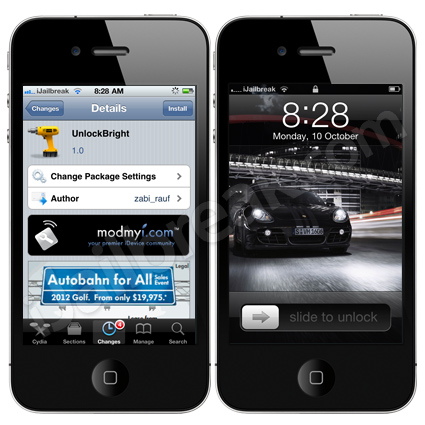 If you are interested in the UnlockBright tweak you can find it through the ModMyi repo for free.

In case you were curious the following Accessibility Functions are present in Apple’s iOS operating system. 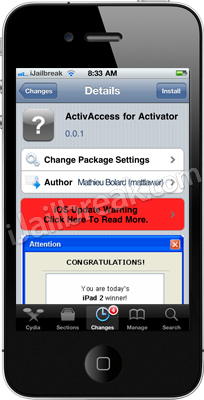 If you are interested in ActivAccess for Activator you can find it through the BigBoss repo for free.

DictGoogle: Adds Option To Search Google Instead Of iOS 5 Dictionary 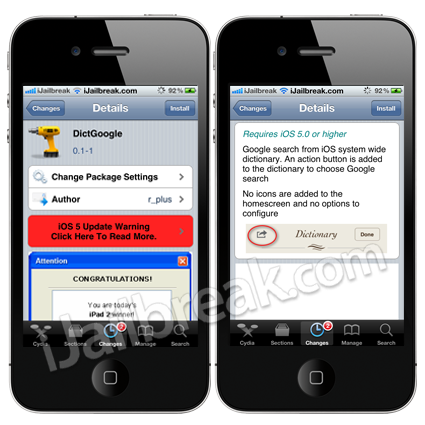 If you are interested in DictGoogle you can find it through the BigBoss repo for free.