Sometimes you don’t comprehend some of iOS’ animations/effects until they are gone. One such animations is the one that happens when you launch applications on your iPhone, iPod Touch or iPad. If you look closely, when you launch an application from your homescreen the icon temporarily gets a shadow and becomes darker. If you place your finger on an icon and just leave it there for a few seconds before wiggle mode initiates you can get a better idea at what I am talking about. 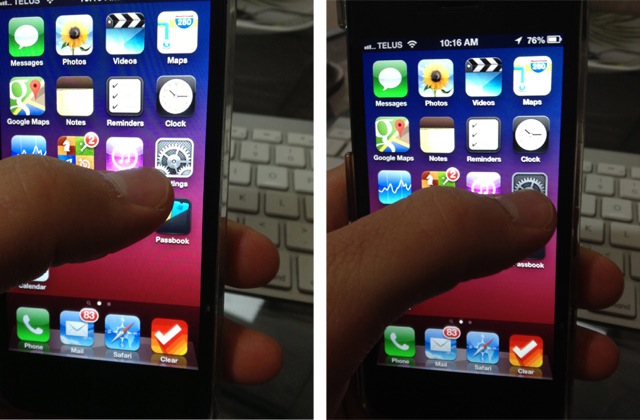 Shown to the left is the normal icon style and to the right is the shadow effect that takes place just after launching an app.

This isn’t to say that No More Shadows is completely useless, I am sure some people will like the experience, but it is worth noting though that for the most part I would avoid the tweak. The stock effect was implemented by Apple for a reason. Heck the Fruit Company even kept it in iOS 7.