Samuel Morse didn’t invent the telegraph, but he did patent it in the United States (and that’s really what counts). He also devised a method for quickly transcribing messages across a single wire telegraph. If you find yourself feeling Victorian today, put on your monocle and top hat and give MorseCode a try. 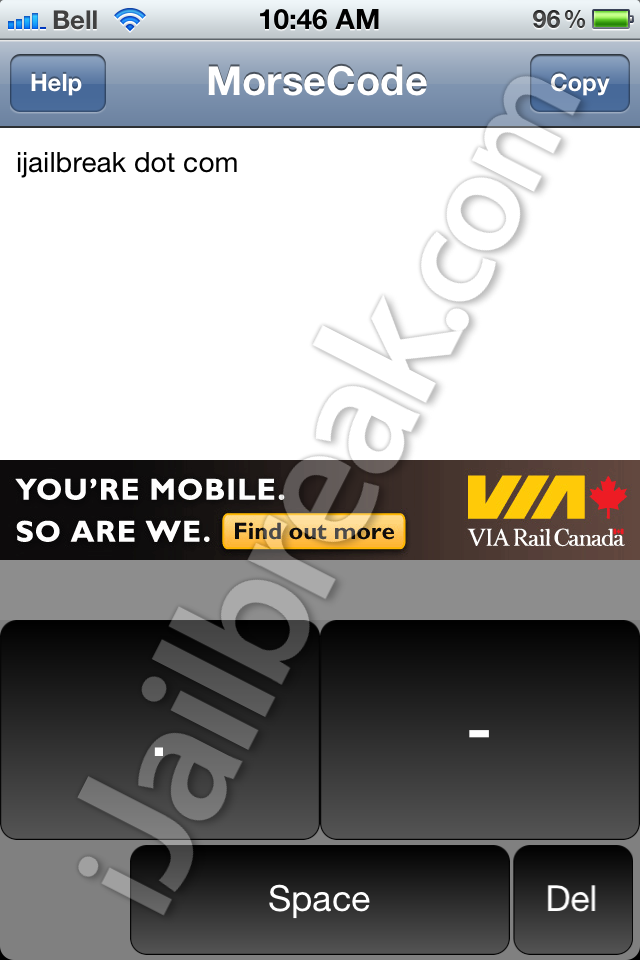 MorseCode actually has two separate buttons for dots and dashes, and I would have preferred to see the press and hold method that would be used with a live single wire telegraph, but the two button method is easier to thumb type with (and it is likely easier to code). I was able to call up a Morse Conversion chart and quickly jot down “ijailbreak dot com.” While the app seems to work fine, it would have been handy to have a Morse guide built into the app for those of us whose parents didn’t drive us to Cubscouts or Brownies.

MorseCode is an app, and thankfully it does not replace the stock keyboard. The developer, Kenneth Ackerson, has also developed apps such as Maraca Simulator and ShortURL. There are no iOS restriction on MorseCode’s Cydia page, and I can verify that it does work on an iPhone 4 running iOS version 5.0.1. MorseCode is available for FREE on Cydia in the BigBoss repo. 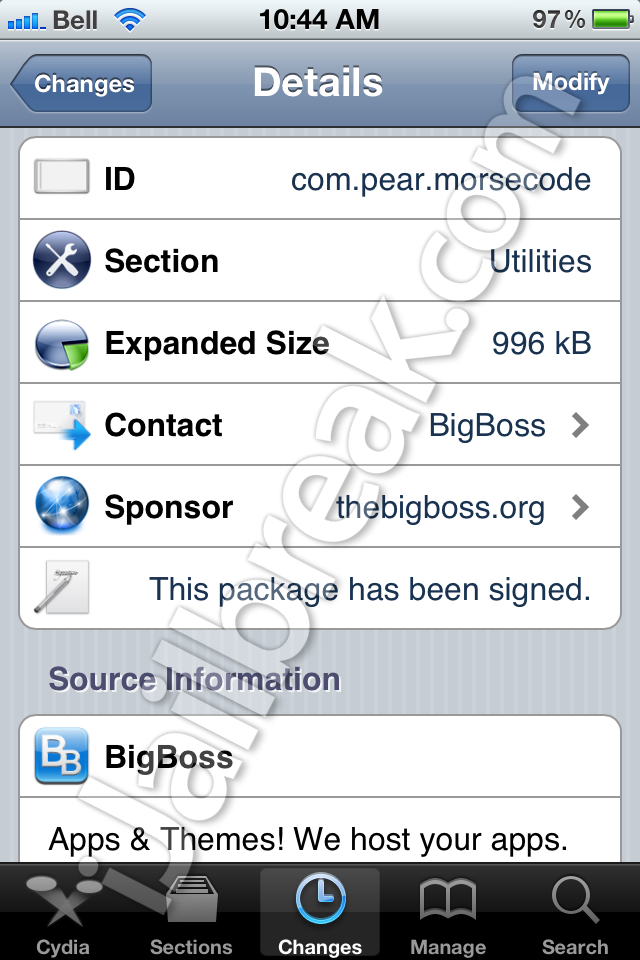 Is your typing speed faster in MorseCode than it is with the stock keyboard? Do you prefer navigating with the stars over Google Maps? Let us know in the comments section below.