If you haven’t heard of the Harlem Shake then you must be living under a rock. The Harlem Shake is the latest Internet craze, just as planking was last year. Although the Harlem Shake craze is starting to die down, you can still enjoy it, iPhone style with a new tweak from @Bensge.

Bensge created a Cydia tweak, appropriately named, HarlemShake that makes your lockscreen do the Harlem Shake after respringing. Unfortunately the tweak isn’t available in a community repository so you will have to add his private repository. 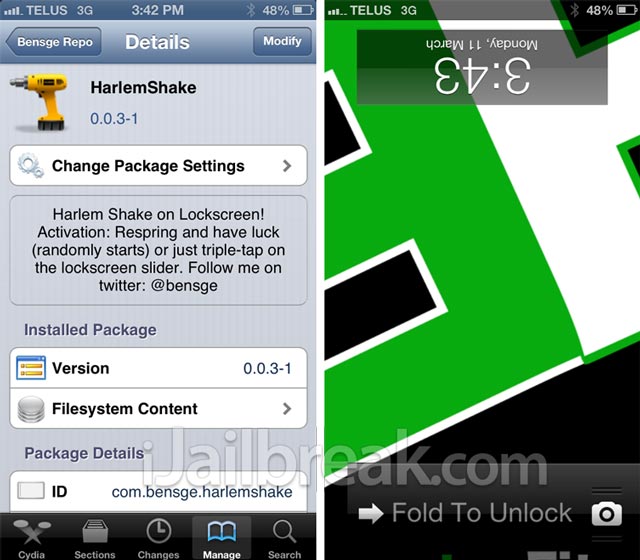 This can be done by launching Cydia, going into the Manage tab, followed by Sources, tapping the Edit button and then the Add button.

In case that tweak wasn’t crazy enough for your liking, Flippo Bigarella is also working on a tweak that will make your homescreen do the Harlem Shake. You simply select an Activator action to initiate the craziness and  your iOS device will do the Harlem Shake at your will. Apparently Bigarella’s tweak will land in Cydia in the near future, likely on the BigBoss repo, so stay tuned for that.

You can take a look at a video of Bigarella’s Harlem Shake tweak below.