Harry Potter fans rejoice. There’s a new tweak called Lumos available on Cydia that does what it’s supposed to. If you’re a Harry Potter fan, then you know what the spell Lumos does. It gives you light, and so does this tweak. 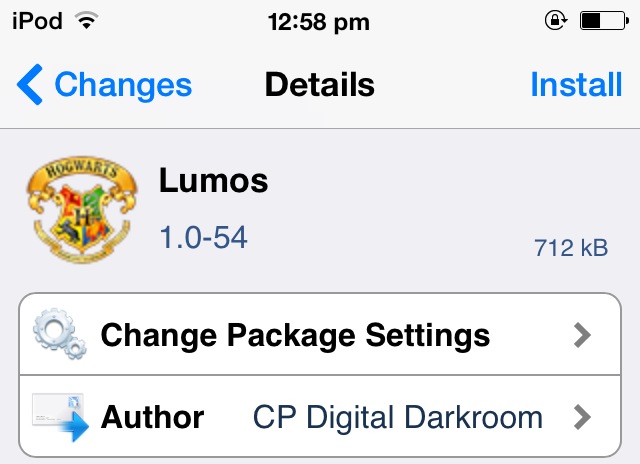 Lumos is a new tweak that adds a shortcut button on the lockscreen to turn on/off your device’s LED. This will only work on devices that have an LED, and turn it into a torch light. Yes, there are plenty of other tweaks that bring this functionality to your jailbroken device. However, this one lets you adjust precisely where you want the Torch button to be and it also lets you choose between two button styles. 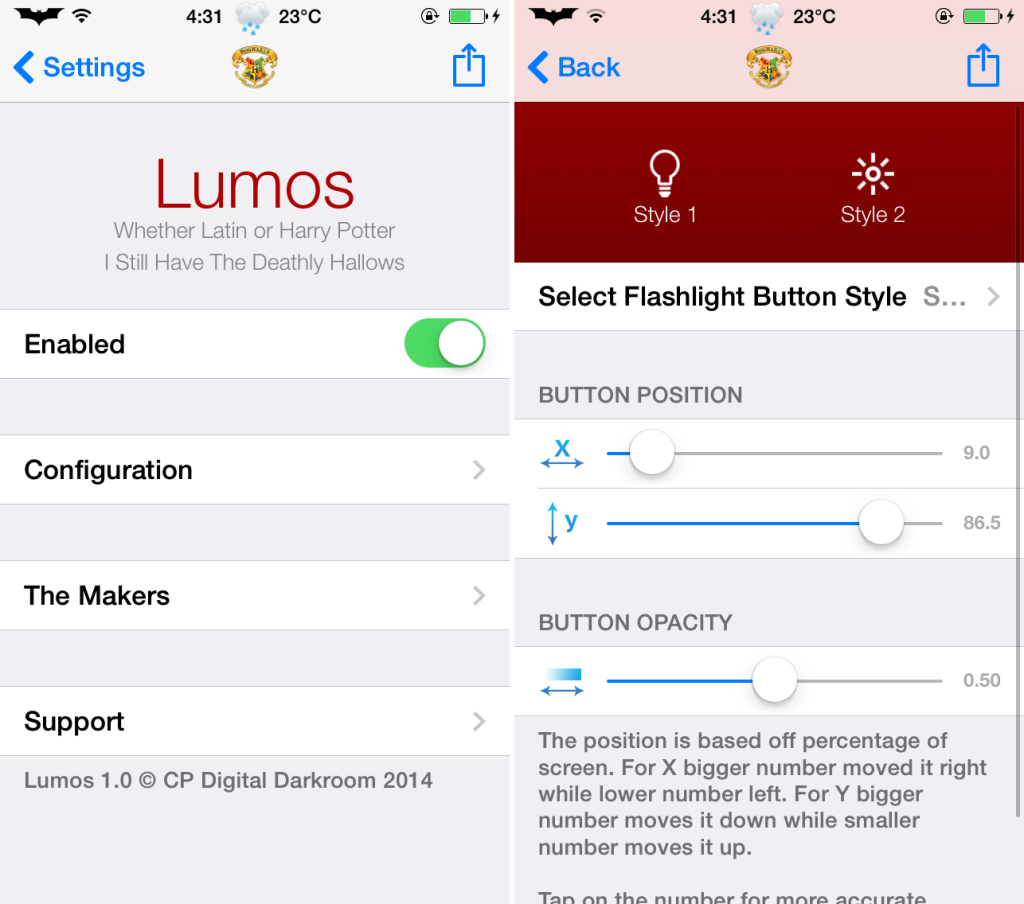 Once the tweak is installed, head over to Settings>Lumos to enable this tweak and configure its position on the lockscreen. Now you can say Lumos and make your iOS device emit light and use it as your wand.

You can download the Lumos tweak from the BigBoss repo for free.