If you are an owner of an iPodTouch 4G, you should be aware that the iPodTouch 4G’s camera is not capable of taking widescreen (720p) photos. If you were one of those people who bought the iPodTouch 4G for its camera capability and were disappointed with the quality of the camera, there is a new tweak available just for you! This tweak is called HD Photographer and it dynamically enables widescreen photos in the built-in Camera.app on the iPhone Touch 4G. Which in a nutshell adds more pixels into the photos you take; at a price of loosing your 4:3 aspect ratio. To be precise this tweak Increases the iPod touch 4G’s rear camera from 0.7 MP (960×720) to 1.0 MP (1280×720). 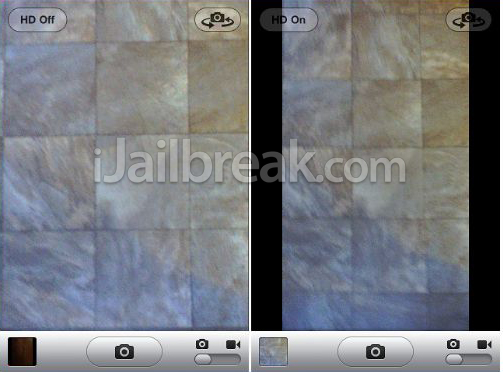 As not all users will like the idea of loosing their 4:3 aspect ratio, this tweak adds a special button to your camera.app, that lets you toggle HD Photographer on and off! If you are interested in this tweak it is available through Cydia for a price of $0.99.