Lately a lot of custom keyboards have been hitting the App Store which are integrated directly into select apps due to the fact Apple doesn’t allow for custom keyboards on iOS natively. HipJot is an example of an app which includes a custom keyword capable of typing speeds of up to 120WPM.

The keyboard itself in HipJot is similar to that of Swype, in that you can swipe your fingers over the keyboard rather than tapping on each letter. It includes at “two-handed slide” keyboard where you can actually swipe with both fingers simultaneously, this giving your typing speed a boost even over the popular Swype keyboard.

If you’re a fan of HipJot or starting to like the idea of it you will be glad to know that the developer is working on a Cydia tweak which will replace the native iOS keyboard with the “two-hand slide” keyboard. 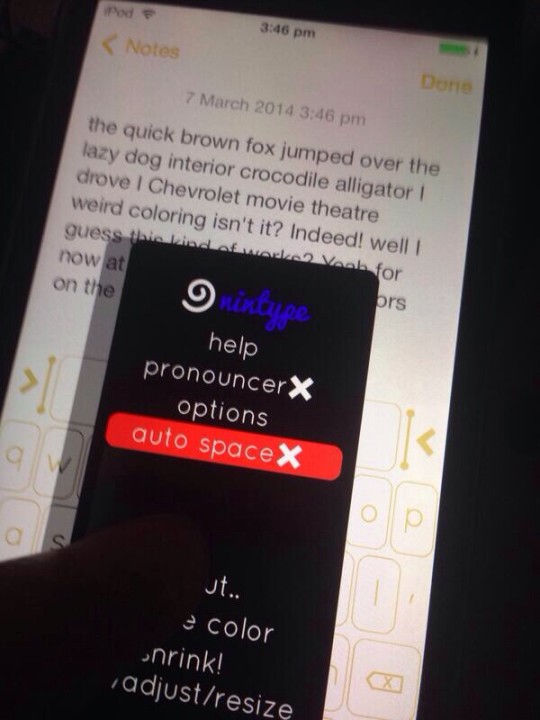 The tweak will be available for free for those that have purchased HiJot already in the App Store according to a reddit user who posted the screenshot shown above.

We will let you know once the tweak is released. In the mean time, who’s excited?