Contradicting what I previously said about Ryan Petrich rarely releasing Cydia tweaks in my last article about a tweak he recently released on his private beta repository, Petrich has released another tweak today called Grabby that is indeed worth checking out.

Essentially what Grabby does is allow you to customize the camera grabber to add additional applications that can be launched. These applications include the Music app, Phone app, Messages app and of course the Camera app. Essentially how it works is when you are at your lockscreen you can hold you finger on the Camera grabber and as soon as you start sliding your finger to the left, the slide-to-unlock bar will disappear and instead you will see additional icons. Drag your finger to one of these icons and upon swiping up the app will be launched. 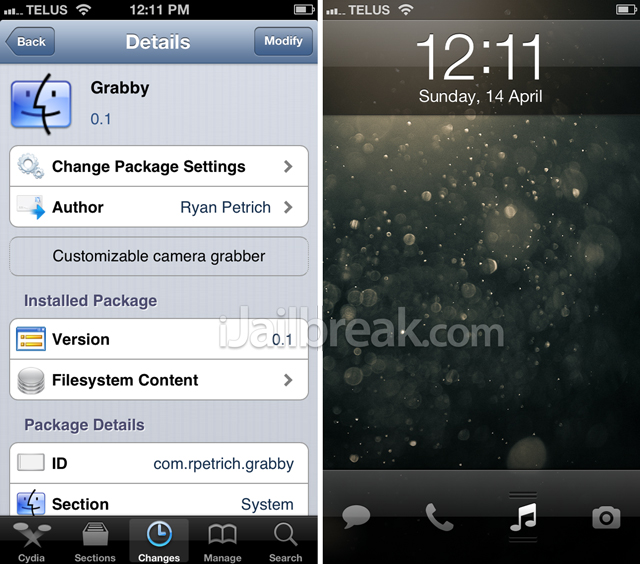 As mentioned previously Grabby is not available in a community repository, what you will need to do is add Ryan Petrich’s repository yourself by launching Cydia, going into the manage tab, tapping the edit button, followed by the add button and then type the following URL into the input field.

Let us know what you think of this tweak in the comments section below and don’t forget to check out our video review.