iOSOpenDev was released recently and allows developers to create Cydia tweaks using the official Apple SDK environment. Which, will reduce the learning gap generally associated with transitioning into creating software for the Jailbreak community. This will either result in more beneficial Cydia tweaks being developed and released because of the attracted new talent, or will result in a large wave of poorly designed Cydia tweaks released by first time programmers. 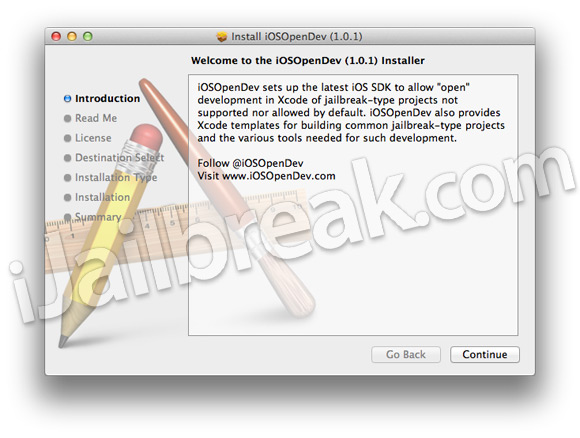 Today iOSOpenDev was updated to version 1.0.1 and features numerous improvements to stability due to the patching of several bugs. You can take a look at the changelog for iOSOpenDev in the quoted area below:

If you would like to download and use iOSOpenDev you will need to make sure you meet the requirements of running either Mac OS X 10.6 or 10.7, having Xcode 4.x installed and also MacPorts properly compiled to install dpkg. You can download iOSOpenDev from the iJailbreak Downloads Section or from one of the direct download links below:

Let us know what you think of this update of iOSOpenDev in the comments section below. Is it more stable?