Cydia tweaks are being released left-rght-and-center, but here are 3 that we think deserve your attention: CCHide, Share Widget for iOS 7 and AirBlue Sharing.

The only other toggle is for conditional media controls which will force the media controls to stay hidden unless music is playing. There is no respring required and you can find CCHide in the BigBoss repo for free. 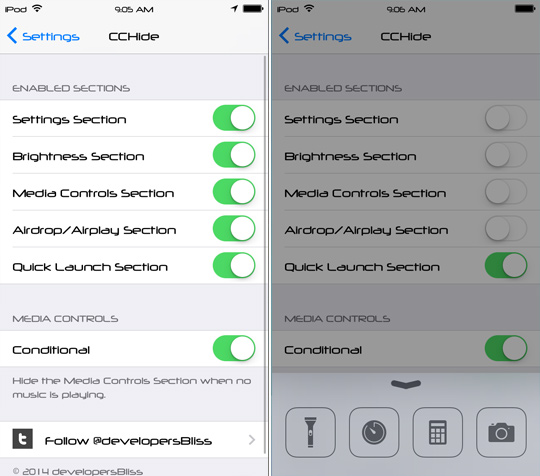 Well look no further than the Share Widget for iOS 7 Cydia tweak. This tweak will allow you to quickly post directly to Facebook and Twitter from the Today Tab in the Notification Center with good looking shortcut buttons. There are also other shortcuts for Chinese social networking sites such as Sina Weibo and Tencent Weibo. 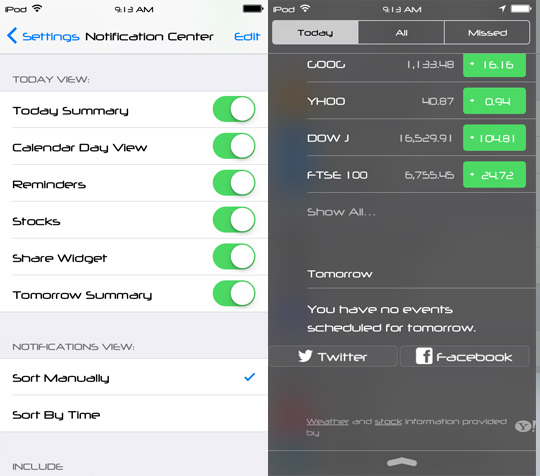 Once you install the tweak simply head on over to the Notification Center section in the settings app and enable the Share Widget under Today View. Then you can start sharing to Facebook and Twitter exactly like iOS 6 without leaving the current app you are in.

You can find Share Widget for iOS 7 in the BigBoss repo for free.

AirBlue Sharing has been updated to be compatible with iOS 7 and the iPhone 5s. So why get AirBlue Sharing when there is already bluetooth sharing in iOS 7? 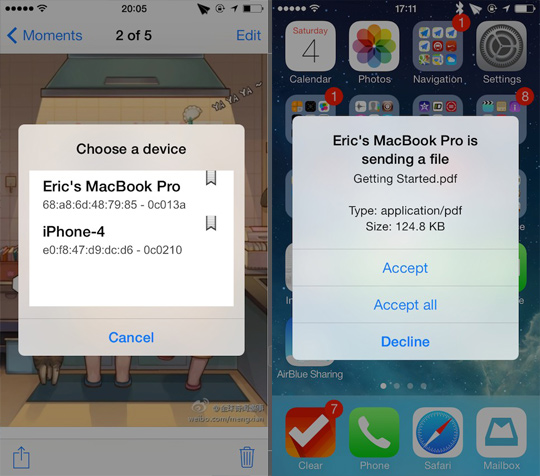 Well this tweak extends the functionality and allows you to transfer files with other non-iOS devices and also from your computer.

If you are interested in AirBlue Sharing it is available on the BigBoss repo for $4.99.