Recently I spoke with a themer by the name of Nickolas Gigliotti about the concerns I had over the blinding white UI.  It seems as if the brightness of my Apple device is turned down significantly less since updating to iOS 7. I began to have an opinion that the “white paper effect” should have some sort of transluscent background and or milky air, softer, duller effect globally. Sometimes I felt lost in all the white space and he pointed out some of the “offenders” in some of the UI imagery of Apple’s stock applications (Messages and Mail). He directed me to certain applications such as Remote and Newstand where they have a global blur, which goes by the “wallpaper background to select tint colors.”

If you like the user interface of the Remote application in iOS 7, then look no further than a tweak called BlurredMusicApp, developed by deVbug which blurs the Album Art behind the now playing song, providing an aesthetic change to the stock Music application. 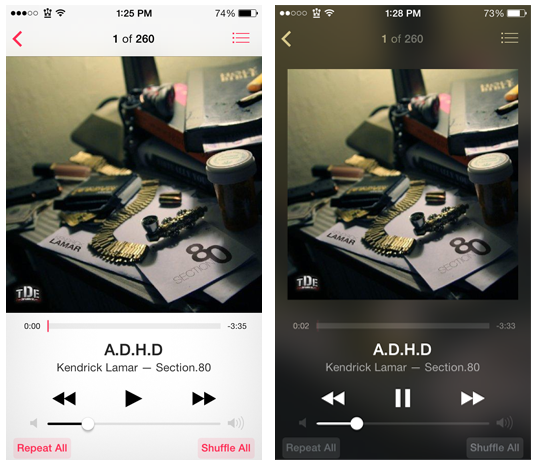 Not only does the tweak blur the background, but it even shrinks the Album Art to fit like it does in the Remote application. Users will find two additional options in the Music app preference pane located in Settings where they can find a light or dark theme, as well as the function to view full-size AlbumArt. 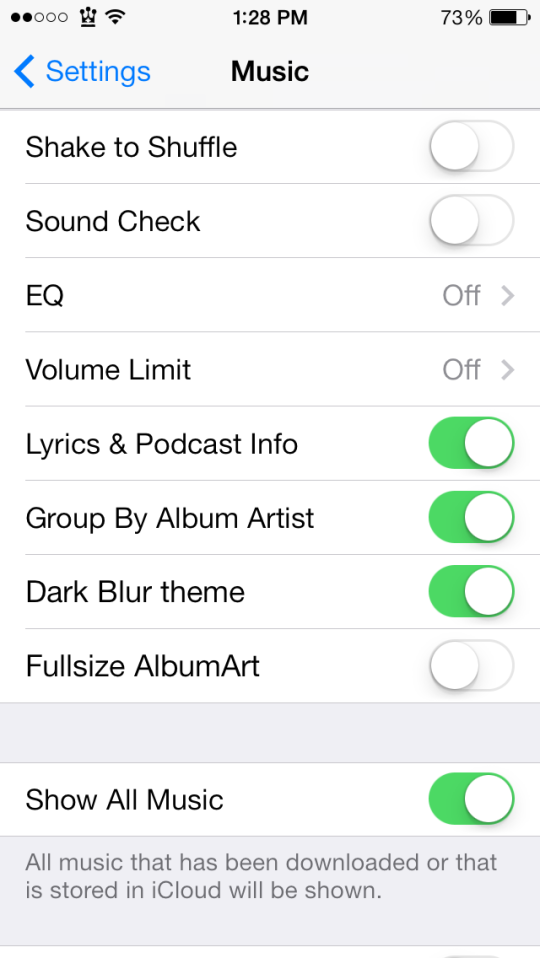 The BlurredMusicApp is available for free in the BigBoss repo, check it out, and let us know what you think about the tweak in the comments. I personally look forward to themes and or tweaks that will add this sort of effect to other stock applications.