Although iOS does have multi-tasking thanks to the introduction of the App Switcher it does not truly background applications, rather it suspends them in memory. This does make them more accessible, but it requires the applications essentially re-load themselves when you launch them again.

Apple did this because if enabled true multitasking then the battery life of your iPhone, iPod Touch or iPad would surely suffer, but sometimes it would be nice if true multitasking was an option for certain applications. If you were thinking the same then you will be glad to know a Cydia tweak to enable true backgrounding has been released called Background Manager. 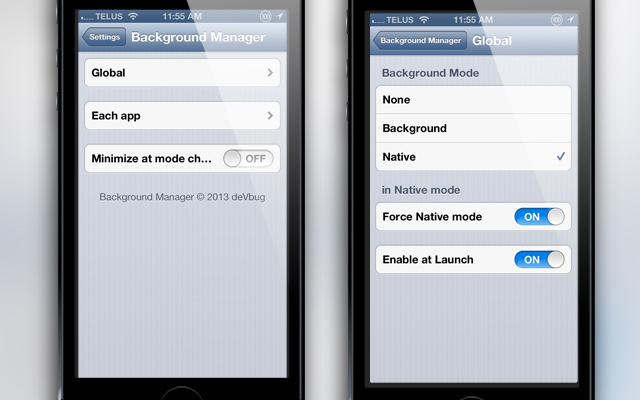 When you install Background Manager from Cydia you will have to configure it. This can be done from the Settings app. Inside the preferences tab for Background Manager you will find two panels: Global and Each App. In the Global panel you will be able to set rules for how backgrounding works for all applications on your device and in the Each App tab you can configure rules on an app-to-app basis.

The nice thing about Background Manager is when you configure rules on an app-to-app basis there is additional settings that are quite useful such as the ability to make an application launch as soon as you boot your device. 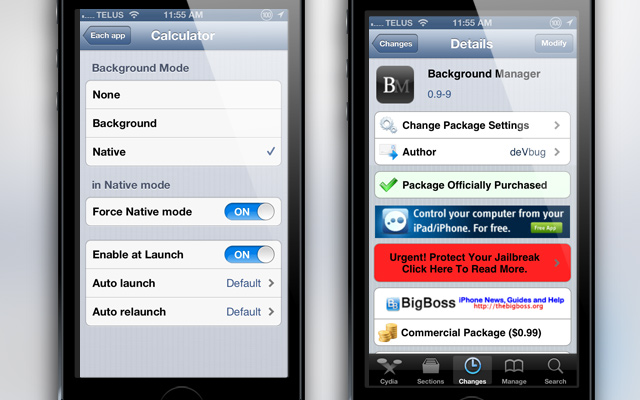 As mentioned previously there is some concerns with battery life with Background Manager as it means applications are always running as if you were viewing them at that moment, but if you only use it for certain applications it shouldn’t be much of a problem.

If you are interested in Background Manager you can find it on the BigBoss repo for $0.99. Let us know what you think of the tweak in the comments section below.