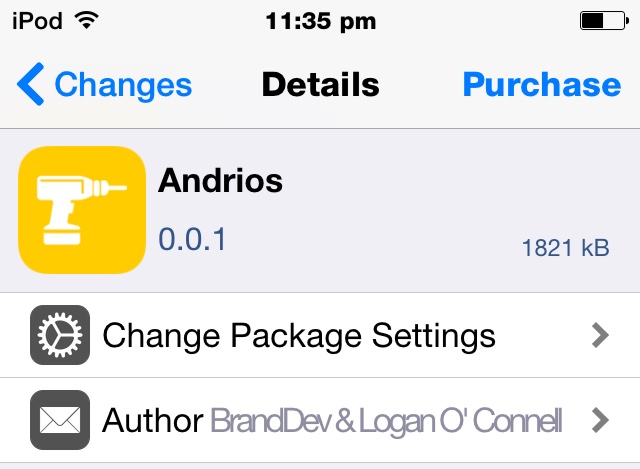 Yes, you’ll need to have a jailbroken iOS device to experience the Android Lollipop interface on your iPhone. This is more than just a theme as it brings a complete UI change to iOS with plenty of new elements.

Andrios is a package that contains multiple tweaks, which provide an immersive Android experience on your iOS device. It brings Android features such as the Navigation bar, Notification center, Power Menu, mini-player Widget, Google Search widget, Volume slider and a lot more.

After installation, you can enable/disable all the features from the Settings app. Some features look and function great on iOS, but some such as Navigation bar doesn’t go so well with the iOS interface.

Navigation bar adds the signature Android navigation buttons, Back, Home and Multitasking at the bottom of the screen. The Notification Center features Android Lollipop style Toggles, a brightness slider and a clear all notifications button. The Android notifications also work on the lockscreen. 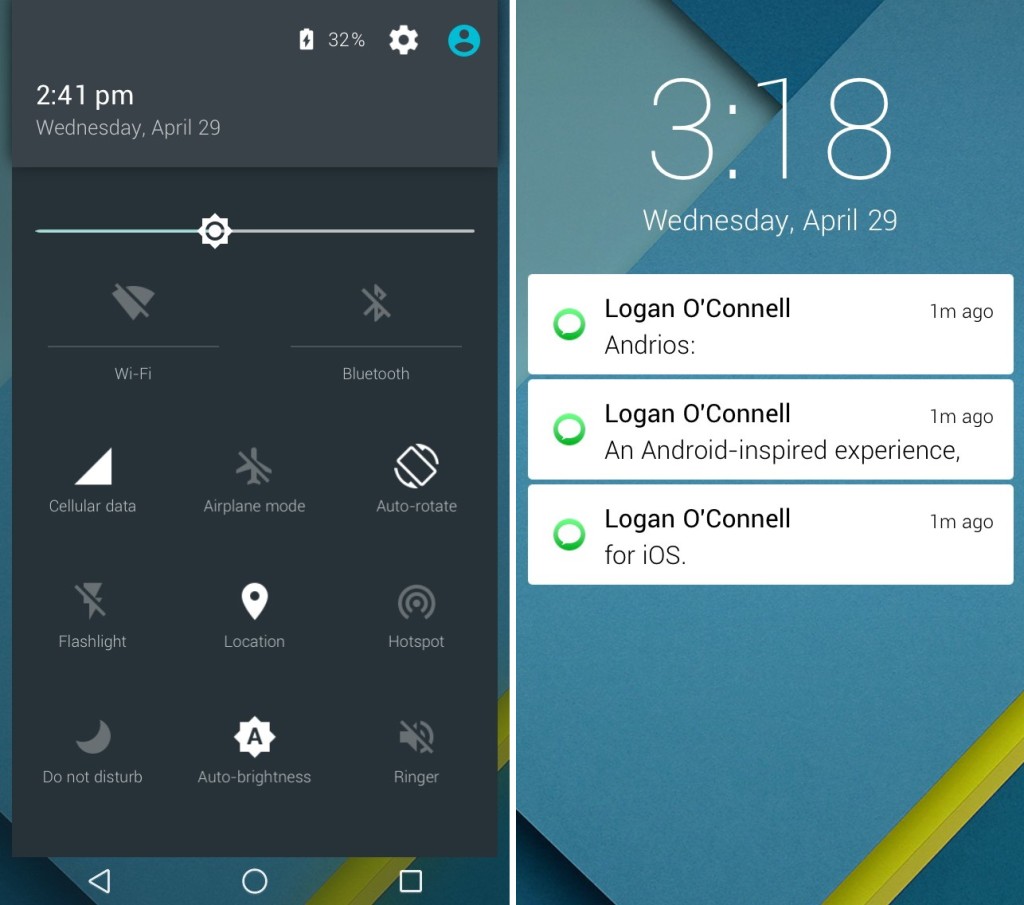 The miniplayer widget lets you control your music from anywhere on iOS, the Volume slider replaces the stock iOS slider and the Power Menu adds easy pop-up options such as Power Off, Airplane mode etc.

There’s also a Google Search widget with a built-in browser, a Switches widget and more. 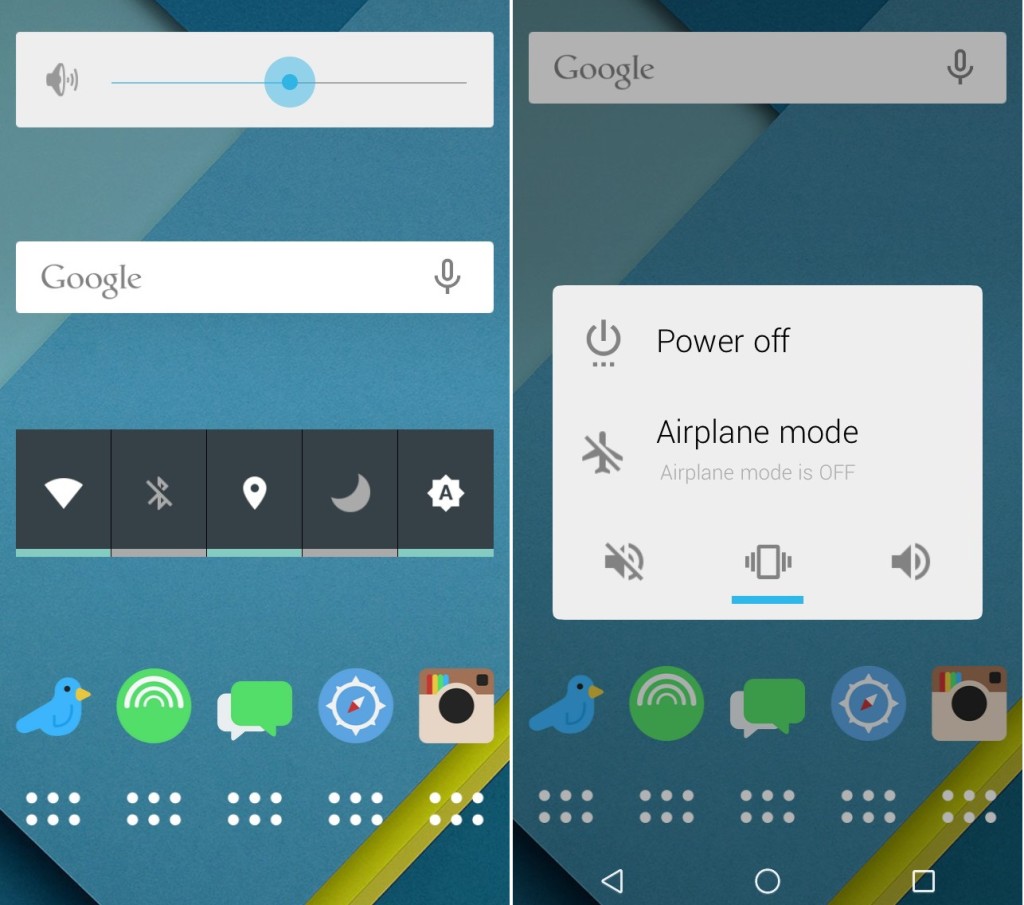 Androis is a complete package and is probably the best way to experience Android on iOS. According to the developers, the tweak isn’t compatible with NCAllOnly and NCSingleTapClear.

The tweak is available in the BigBoss repo for $3.99. If you’re really bored of the iOS interface and want to add some Android elements and design to it, Andrios is the tweak to get.