While the iPhone, iPad, and iPod Touch all have SpringBoard access to the handy Spotlight search, by default it’s not available everywhere. It also doesn’t have access to direct web searches outside of the default search engine and Wikipedia, without installing additional Spotlight plugins from Cydia. Wouldn’t it be better to have immediate access to whatever it is you’re searching for? 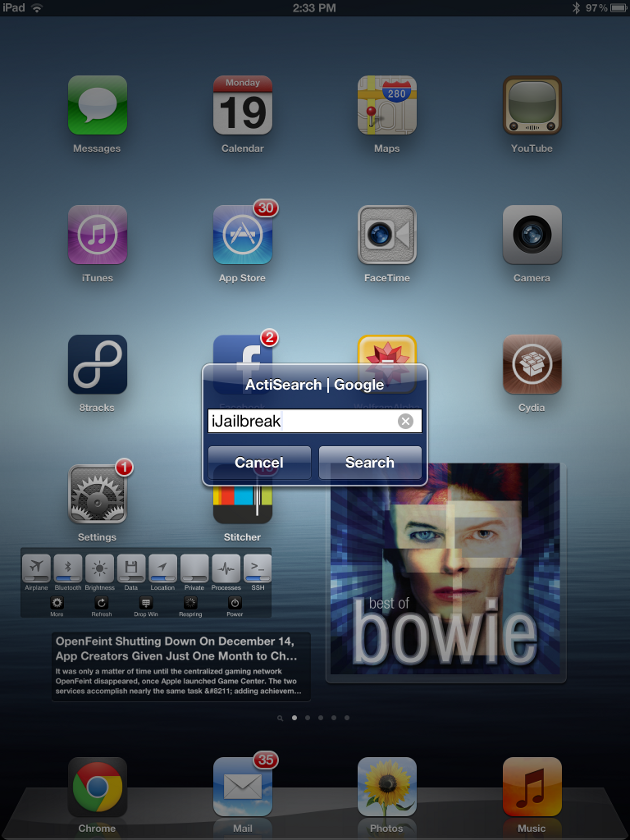 ActiSearch isn’t one tweak, so much as it’s a set of Activator plugins which each call up dialog windows that perform their own dedicated search functions. ActiSearch’s Activator plugins include direct searches of Baidu, Cydia, eBay, Facebook, Google, Twitter, Wikipedia, Yahoo, and YouTube–which is fairly extensive list that should cover the bulk of what you search for on a day-to-day basis. As with most Activator commands, you can set ActiSearch to whatever suits you.

The only weakness of ActiSearch is all the searches (aside from the Cydia search) link to each service’s webpage, and not to whichever native apps you may have installed. This isn’t so much of a big deal on the iPad, which runs services like Facebook and Twitter in browser almost as well as in app, but if you’re using the iPhone or iPod touch then it might not be ideal.

Where to find it:

ActiSearch is a paid tweak in the ModMyi repository, which is available in Cydia by default. The tweak costs $0.99.

ActiSearch isn’t a shabby tweak all by itself, but the Activator plugins really shine when paired up with BeeKeyboard. With BeeKeyboard installed you can use ActiSearch directly through key presses. (I used shift+control+F for google searches.) This provides more control of your iPad without having to reach for the screen, and works great with a keyboard-equipped case.

The plugins are also compatible with tweaks like BrowserChooser, as the search dialogs were able to open links in Chrome instead of Safari. 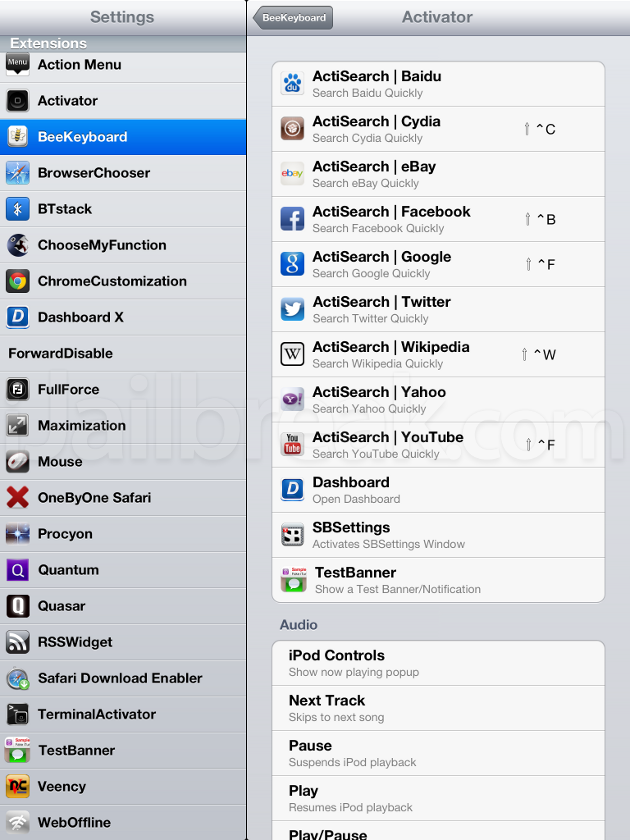 Feel free to share your thoughts, comments, or questions about the ActiSearch Cydia tweak in the comments section below.