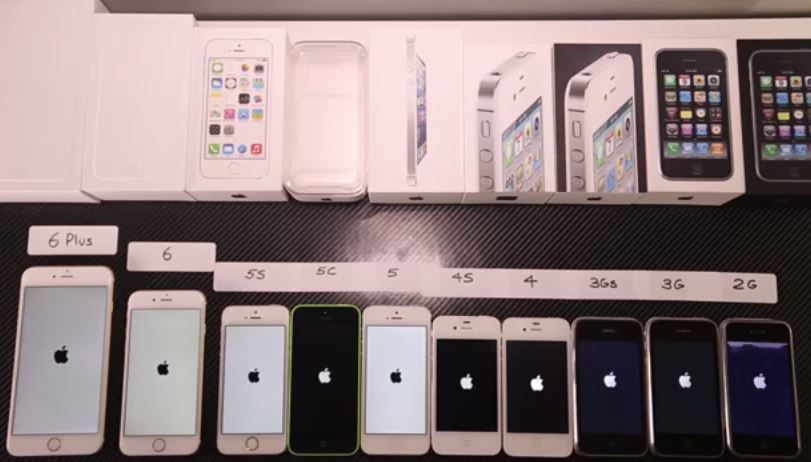 The video was uploaded by the YouTube channel EverythingApplePro, and although you’d expect the new iPhone 6 Plus and the iPhone 6 to top all the tests, you’ll be fairly surprised by the results. A boot up, shutdown, Geekbench and Webpage loading test is performed on all the iPhone models.

Apple’s new iPhone 6 models ace all the tests, but the iPhone 5s is still just as quick as the newer models. The iPhone 4 seems to be the slowest of all the devices, running on iOS 7. Here, watch the full 4 minute video:

We would like to thank the YouTube user who performed this test, it’s a nice look at where Apple has come in seven years.