Shortly after Apple’s October 22nd keynote the Fruit Company released iOS 7.0.3. This update was rolled out over-the-air (OTA) and is also available for direct download. There are actually a lot of changes in iOS 7.0.3 that includes a fix for an iMessage glitch plaguing many users, support for iCloud Keychain and much more. 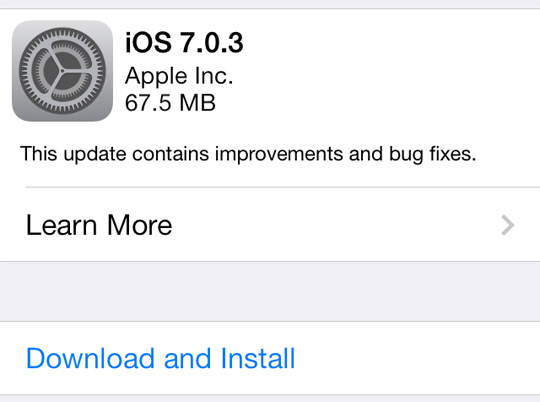 You can take a look at the changelog for iOS 7.0.3 below.

Be sure to let us know how iOS 7.0.3 runs for you in the comments section below, and if for some reason you can’t get the update OTA here are the direct download links. This includes the versions for the new iPads that were announced.