Earlier we posted news about the ‘Jailbreak’ for Windows RT. The hack, discovered by Clrokr allows developers to compile their own desktop apps for Windows RT, without using the App Store. It seems the exploit is real, and Windows RT is capable of running applications in Windows RT’s desktop mode other than Office, but there are a couple snags.

While some programs seem to be drag-and-drop compatible with Windows RT, it takes serious effort to get most programs to run–though if you managed to unlock your Windows RT with current methods, you can handle yourself. 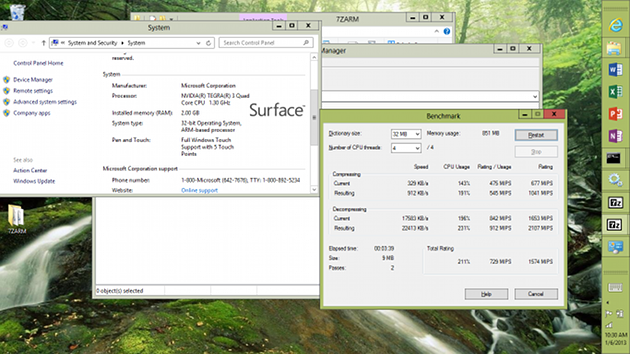 Windows programs need to be recompiled for the ARM processors on the devices that run Windows RT (ARM is a different chip architecture than the x86 or x86-64 CPUs running on your desktop), and recompiling desktop software for ARM requires a workaround in Visual Studio 2012. That’s just the start of your problems: many Windows libraries will be missing entirely, since RT wasn’t designed with a complete install of Windows’ desktop in mind. Even then, you’ll only able to port software written for version 4.5 of the .net framework, as the desktop environment also wouldn’t have been written with backwards compatibility in mind.

This means you won’t be running all your favorite commercial desktop software on your Windows RT device, but a few examples of great open source software are already available.

Though it was Clrokr who discovered the vulnerability, the developer by the name of Netham45 on the XDA forums has already ported TightVNC, PuTTy, and a mostly functional version of Bochs to the Surface RT, in addition to running benchmarks of the device in 7z.

Want to unlock desktop apps on Windows RT yourself? Unfortunately, if you are not a developer, the process is likely beyond your abilities, as Netham45 warns: 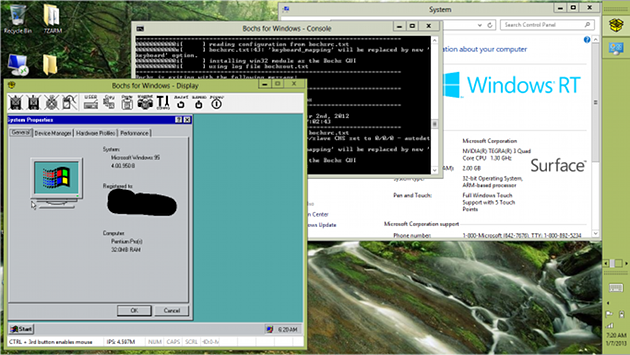 Considering all the missing libraries, and the need to recompile someware, the locked-down state of Windows RT’s desktop mode is making a bit more sense–though we’d still like to play around with it. Hopefully Microsoft doesn’t try to kill the Windows RT jailbreak, but based on comments to The Verge from Microsoft spokespeople about whether the exploit “will be there in future releases”, it’s likely Microsoft will go the same route as Apple, attempting to patch such exploits as they appear.

What desktop software do you want/need to run on Windows RT? Share your thoughts in the comments section below.