A very interesting and alarming discovery has been made by a group of security researchers. It appears as if Apple has implemented a new feature in the iOS 4.x.x firmware that constantly keeps track of your location and stores this information in a secret  file:

Security researchers have discovered that Apple’s iPhone/iPad keeps track of where you go – and saves every detail of it to a secret file on the device which is then copied to the owner’s computer when the two are synchronized. The file contains the latitude and longitude of the phone’s recorded coordinates along with a timestamp, meaning that anyone who stole the phone or the computer could discover details about the owner’s movements using a simple program. 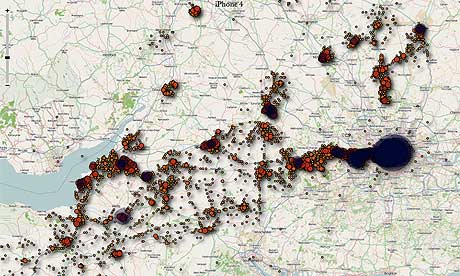 The iPhone system, by contrast, appears to record the data whether or not the user agrees. Apple declined to comment on why the file is created or whether it can be disabled.

While mobile networks already record phone’s locations, it is only available to the police and other recognised organisations following a court order under the Regulation of Investigatory Power Act. The iPhone/iPad is now one of the only exceptions to this, in the fact that your locations are stored in a non-encrypted file on the actual device itself. Which means anyone with minute computer knowledge can access this database file if the device is jailbroken.

If this worries you, you will be glad to know that a new tweak was released into Cydia moments ago called UnTrackerd. The UnTrackerd tweak will continuously clean up the location history data in the background. This is done by installing a daemon (process that can run in the background) to continuously erase the database file of your locations. This tweak was developed by a  very well know 3rd party developer who goes by the name of Ryan Petrich. 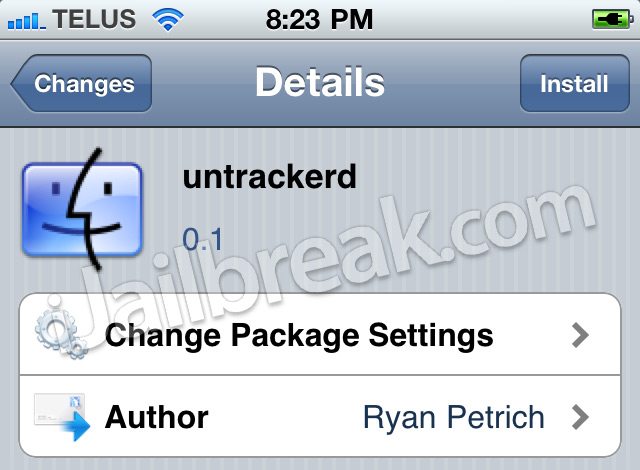 If you are interested in the UnTrackerd tweak you will be glad to know that it is available FREE through Cydia. Let us know your thoughts on this alarming discovery in the comments section below…