Here’s a new Cydia tweak for jailbroken iPhones that lets you hang up an incoming call by turning your iPhone on its face. For a long time Android devices have already had the feature to silence an incoming call, but this is a first. This tweak can be used when you want to quickly hangup a call while you’re in a meeting, driving etc. 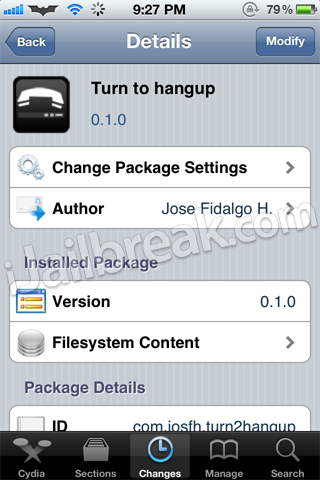 Turn to Hangup is a new tweak and has only one simple function, i.e, disconnecting an incoming call. To hangup a call that you don’t want to take or are too busy to take, just turn your iPhone on its face. The call will be instantly disconnected. However, I’m not sure if people prefer disconnecting calls to silencing them. There is an option to silence calls as well, which requires you to shake your iPhone. Anyhow, this tweak can come in handy and can be enabled/disabled anytime via the Settings app. There is no other options.

You can download Turn to Hangup for free from the BigBoss repo. It works quite well and does hangup and silence calls via the given actions. What do you think of this tweak? Will you be downloading it? Share your responses in the comments.